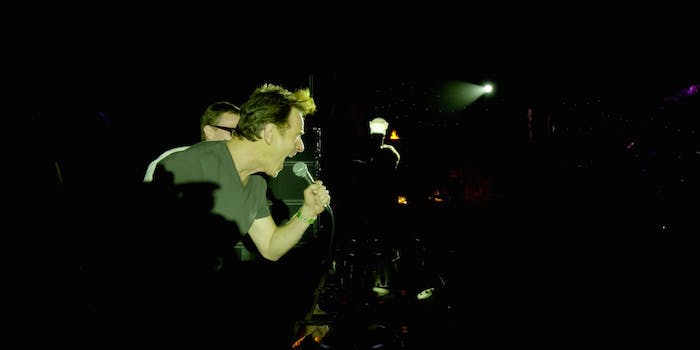 EDM always seemed more like Jesse Pinkman’s thing, but when it came to pressing the button at Electric Daisy Carnival in Las Vegas Saturday night, it was Walter White who made the crowd go wild.

Bryan Cranston showed up with DJs Above & Beyond in the middle of their set to a screaming crowd of thousands of fans before asking them to answer one of Breaking Bad’s most iconic demands. You’re goddamn right they answered.

Above & Beyond, who are big Breaking Bad fans, have a track titled “Walter White,” named after Cranston’s famous character, and they had Cranston on to start the song. And once the music starts going and he starts dancing, we have another reason to love him. He’s got some serious moves.

H/T BroBible | Screengrab via Above & Beyond/YouTube