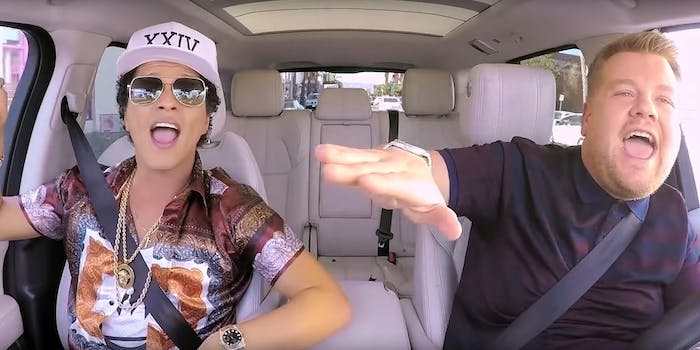 It is indeed a bit of magic.

James Corden is getting a dose of uptown funk in this week’s “Carpool Karaoke.”

We don’t see much actual footage of Bruno Mars in the teaser for the latest installment of Corden’s staple segment, but they’re both all smiles as they belt out the chorus of “24K Magic” together in the carpool lane—and they harmonize really well together.