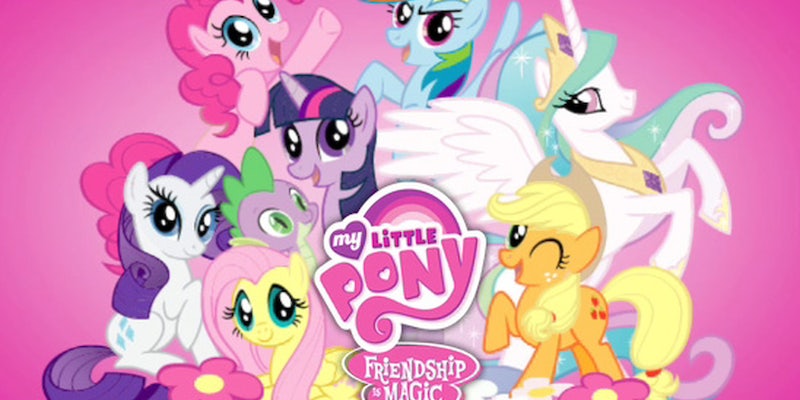 Bronies build a magical place of their own

Creator Lauren Faust has reason to be impressed with My Little Pony's fandom. Her unlikely multitude of teenage and adult fans have taken over the internet in a big way.

On August 1, Stephen Colbert began The Colbert Report with an unusual statement: “I want to give a big shoutout, here, out there, to all my bronies who may be watching.”

While that assertion may have confused some in the audience, the internet was already in motion. Tens of thousands of “bro ponies,” a term for older-than-targeted fans of Hasbro’s rebooted My Little Pony, spread the news.

A man who goes by the name Strawberry Spice first heard about it through an article on Equestria Daily, one of the most active My Little Pony news sites on the Web.

“[It’s] where I think most people heard about it. They actually somehow got it up 13 minutes after it happened, which is pretty quick,” he said.

Another brony, Scott Spaziani, found out about it on his preferred forum, Front Row Crew Forum.

“I saw a piece of pony fan art of Colbert sitting at a horseshoe-shaped desk,” he said. “I immediately jumped to YouTube and searched for it, found it, and watched the clip.”

A third brony, Spencer Fogg, found out about it on Twitter.

“There were discussions about it all over the place on the pony forums. I thought it was pretty cool,” he said.

Other bronies found out about the event from My Little Pony creator Lauren Faust, who frequently uses her DeviantArt journal to speak with fans:

“Holy guacamole, bronies. Stephen Colbert just gave you all a shout out. I’m seriously impressed. You guys are an Internet force to be reckoned with. Just wow,” she said.

Faust has reason to be impressed. Her unlikely multitude of teenage and adult fans have taken over the Internet in a big way.

Betabeat, the New York Observer’s tech blog, credits 4chan with the first substantial congregation of bronies, back in January. However, other users of the site lashed back at My Little Pony fans, and the remaining bronies were banned outright by moderators on February 26.

“At their height, they were going through multiple 400+ post threads a day on /co/ and /b/,” said Spencer Fogg, a brony who originally entered the fandom with 4chan. “It got to the point where regular users got sick of them.”

Fogg said the ban only lasted one day, but by then bronies had moved on. They created their own 4chan replacements, Ponychan and FiMchan. They built up a large community on Reddit at r/mylittlepony. The My Little Pony Facebook group has 89,000 fans and somebody tweets the hashtah #brony on average every ten minutes.

My Little Pony has already hit the number one spot on the Know Your Meme charts ten times, but Strawberry Spice said that only now is the media, including the likes of The Colbert Report, catching on.

“I was interviewed by two [reporters] alone at July’s Bronycon and scheduled for another interview at September’s,” he said. It helps that Strawberry Spice runs Equestria Gaming, one of the largest site dedicated to fan-made My Little Pony games.

Spaziani said he’s more than okay with the mainstreamification of bronies.

“The name ‘brony’ unifies the community. Six months ago, brony was just a name that people who watched My Little Pony called themselves. Now we have a name for our movement in fandom,” he said.

“My Little Pony fans can take pride in calling themselves bronies.”