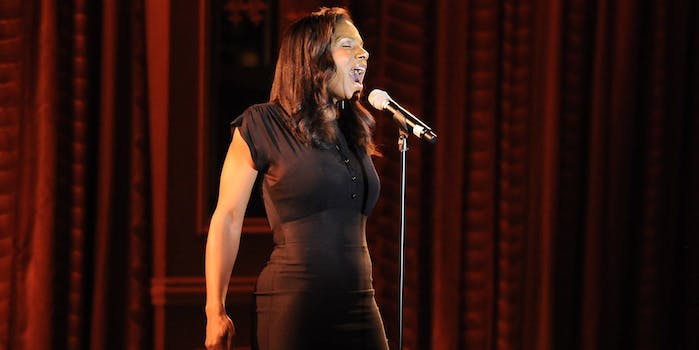 ‘Shuffle Along’ to shuffle along July 24, reportedly closing over star’s pregnancy

The cast and its fans are not happy.

Just days after the hit musical Shuffle Along was honored as the best chorus on Broadway, producers announced that it would close on July 24, much sooner than anyone expected. The reason? Six-time Tony winner Audra McDonald is going on maternity leave.

“It has… become clear that the need for Audra to take a prolonged and unexpected hiatus from the show has determined the unfortunate inevitability of our running at a loss for significantly longer than the show can responsibly absorb, and we have decided to close the show when she leaves on July 24,” Scott Rudin, the show’s lead producer, told Variety.

The producers originally planned to have McDonald return in the fall after her maternity leave and have musician Rhiannon Giddens play the role of Lottie Gee in her absence.

Giddens took to Twitter to express her sadness over the news:

My heart is broken. Completely and utterly. Now to pick up the pieces.

I'm devastated that my brilliant & extraordinary Shuffle family won't be able 2 continue sharing this important & vital show.I love them so.

But the response from the show’s fans took a slightly different tone.

Stage actress Kristen Wyatt posted on social media that the producers’ response puts an unfair burden on a single person to keep open a $12 million production.

Sad that @shufflealongbwy is closing. But more sad when a producer blames the closing on pregnancy. #womenhavebabies pic.twitter.com/WM5pLWIBr3

I am devastated by this. I loved Shuffle Along so much. It was playing to sold-out crowds. But those crowds weren't just coming for Audra.

Others put the closure into a larger, upsetting context, adding Shuffle Along to the growing list of musicals ending their runs before their time. Of the 11 new musicals to have opened this theatrical season, only four have survived: Hamilton, On Your Feet!, School of Rock and Waitress.

It’s a tough new world out there for Broadway shows, but some experts suggest the decision may have been a smart one.

“As a commercial producer, you’re responsible to your investors,” Steven Chaikelson, a professor of theater management at Columbia University, told the New York Times, “and this is probably a better decision than losing all that money.”

But, in scrolling through various online reactions, many have had the same takeaway:

George C. Wolfe's Shuffle Along is closing 7/24. It's fiercely intelligent, eye-dazzling, talent-packed. NYtheaterphiles, see it if you can.

Catch Shuffle Along before its final curtain call at the Music Box Theatre.