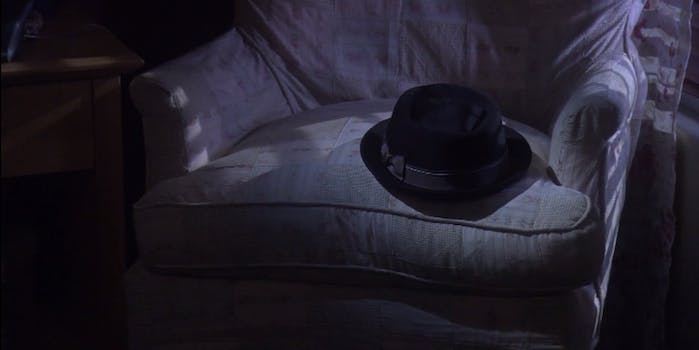 “The only thing that still made sense in the whole dream was that I still walked around in my underwear.”

Breaking Bad delivered a near-flawless series finale. But what if it all—Heisenberg, the crystal blue, the stare down with powerful drug dealers in the New Mexico desert—had all been just a bad dream?

As a bonus feature on the DVD/Blu-ray box set of season 5, due Nov. 26, the producers made good on a long-running Internet theory that Breaking Bad was somehow tied to Malcolm in the Middle, in which Bryan Cranston played a lovable goof of a father to three kids.

Back in January, Cranston’s TV wife, Jane Kaczmarek, appeared on set to film this alternate ending. It’s priceless, and it gives you an idea of what Breaking Bad would have been like as a suburban comedy for network television.

The best part: “The only thing that still made sense in the whole dream was that I still walked around in my underwear.”

Update: The original video has been pulled from YouTube. Here’s a foreign mirror, if you don’t mind subtitles.

For good measure, here’s my favorite Breaking Bad/Malcolm in the Middle mashup. If you’ve seen the show, you’ll remember the scene.