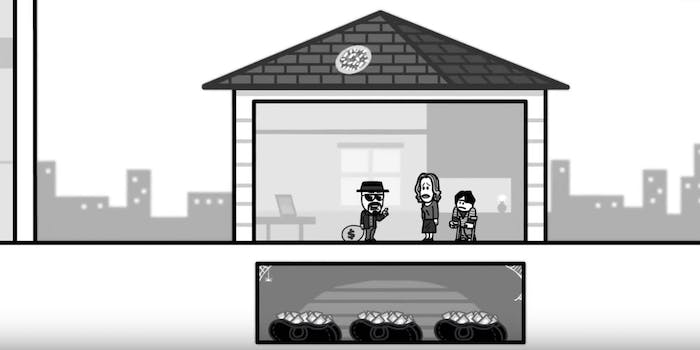 You can watch all of ‘Breaking Bad’ in 60 seconds

This genius clip packs it all in.

Breaking Bad turned 10 this week, leading fans to look back and reminisce about the groundbreaking series. And while some may go back and rewatch the whole thing, you can also relive the high points with this one-minute recap from Peruvian YouTuber Esther Bellido.

To be fair, Breaking Bad is dense enough that some of its more powerful moments are hardly touched upon as it focuses on five seasons of Walter White’s hijinks and destruction. But it is also packed with plenty of detail while Walter speed-walks through his journey, including the fly in Gus’ lab and the pink bear that drops into Walter White’s yard in season 2.