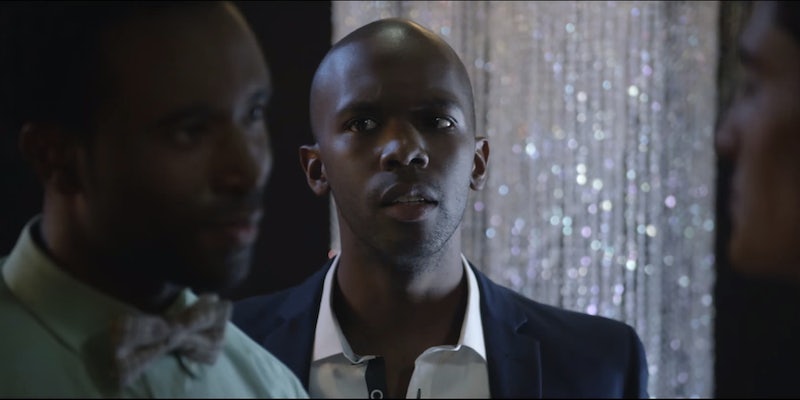 Heartache is a little less lonely when a favorite singer is serenading you through the pain. Whether you’re screaming along to Alanis Morissette, swaying to the Cure, or crying to Mariah Carey, breakup songs are good for what ails you. Matt Palmer’s new music video, “Break-Up,” is a fresh take on the familiar pop and R&B standby with a progressive twist.

The star of the video is gay, but the video makes it clear—as people around the singer freak out and break down—that breakups are universal. Rather than showcasing the narrative of a gay breakup as something unique or unusual, Palmer’s video highlights emotion and deemphasizes sexuality.

Palmer’s song is catchy, inviting, and surprisingly upbeat. The music evokes the relief that comes with admitting that everything may seem normal on the surface, but inside a breakup is tearing you apart.

Palmer spoke to the Daily Dot about his inspiration for the video, his musical heroes, and what it’s like to release music without the help of a label.Can you tell me what inspired the video?

The video features a variety of same-sex couples, individuals, and groups of friends in heated argument. Was it consciously important to you to open up the archetype of a “breakup” to a wider variety of relationships?

When we were casting, we definitely wanted to get a wide variety of people with different types of people, because being broken up with is something that we’ve all been through at some point, and have to deal with. It’s not demographic-specific and I wanted that to come through in the video.

How long have you been making music? Who are your musical heroes?

I’ve been making music and writing songs since I was 14. My musical heroes have always been Mariah Carey, Michael Jackson, and Babyface. I grew up listening to ’90s R&B, so I’ll always have an affinity to an emotional song with a strong melody.

You released your most recent EP independently. What’s it like to release music without the help of a label?

It was a great experience, actually! I’ve been doing music for awhile now, and this is the first time since high school that I’ve been completely in charge of my own release. I raised the initial funds on Kickstarter and thanks to the backers, I had control over everything from the songwriting and production to the packaging and the videos. It’s a really big undertaking, but I can say I’m 100 percent proud of everything that has come out in conjunction with this project, and that’s an incredible feeling!