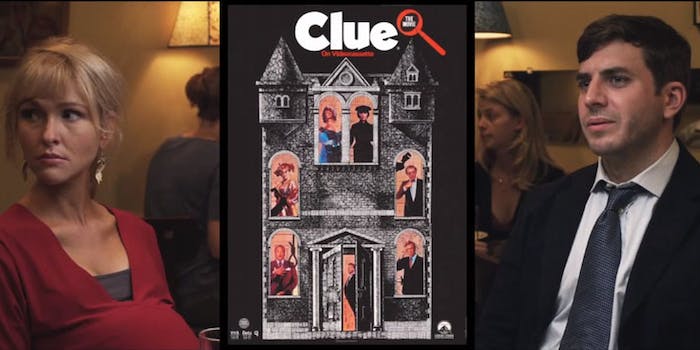 Watch a breakup only movie buffs will appreciate

Movies are wonderful, visual stories that take us to another place and time. But you already know that—what you might not know is how well movie titles alone can tell a story.

Case and point, POYKPAC Productions’ video, “Movie Title Breakup,” which documents a married couple’s bitter argument—and break up—in a restaurant. While the plot is pedestrian, the execution is unique: every character in the skit speaks in lines that are actual movie titles. The main characters manage to have an entire conversation and even interact with their waitress using nothing but the names of films.

The video manages to work in a variety of movies, including Eat Drink Man Woman, Clueless and even the straight-to-DVD title Still Waiting.

The producers don’t say a word about the future Mr. and Mrs. Smith. Chances are, they live separate lives.