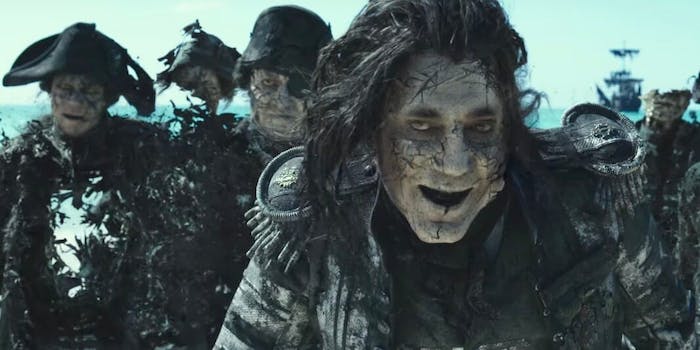 Disney has refused to pay the ransom.

Hackers are threatening to release an upcoming Disney film unless Disney pays up, according to Disney CEO Bob Iger.

Iger spoke with employees at ABC (which Disney owns) at a town hall meeting Monday and revealed that hackers demanded Disney pay them a large amount of money in Bitcoin. If Disney doesn’t pay the ransom, the hackers are threatening to release the first five minutes of the film before dropping it in 20-minute increments until they are paid.

Disney has refused to pay the ransom, and it’s working with federal investigators, Iger told employees.

Although Iger didn’t reveal which film hackers claimed to have, Deadline is reporting that the film being held for ransom is Pirates of the Caribbean: Dead Men Tell No Tales, which will be released in theaters May 26.

The attempt to extort Disney over Dead Men Tell No Tales arrives as other agencies in Hollywood face demands for ransom. It also occurred weeks after hackers released the majority of Orange Is the New Black’s latest season when Netflix refused to pay them not to.