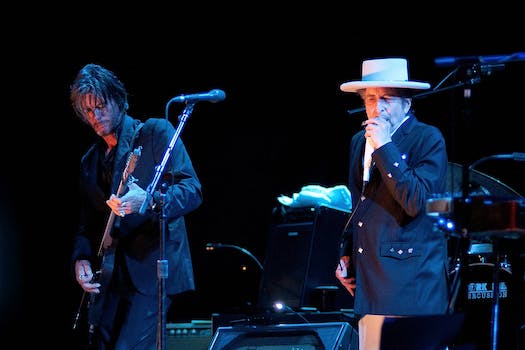 Bob Dylan is the first American in over two decades to earn the honor.

Bob Dylan has been awarded the 2016 Nobel Prize in literature. The honor marks a major turning point in the way the category is viewed, and not just because Dylan is the first American to win since 1993’s award went to Toni Morrison.

The “Like a Rolling Stone” singer pushes the boundaries of the award’s original interpretation, which skews towards a more traditional definition of literature. In a bibliographical note from the Nobel Prize committee, Dylan was praised for his versatility in art as well as the subject matter of his music:

“Dylan has recorded a large number of albums revolving around topics like the social conditions of man, religion, politics and love. The lyrics have continuously been published in new editions, under the title Lyrics. As an artist, he is strikingly versatile; he has been active as painter, actor and scriptwriter… Dylan has the status of an icon. His influence on contemporary music is profound, and he is the object of a steady stream of secondary literature.”

Indeed, many have lobbied for the musician, whose influences span beat poetry as well as similar icons like Woody Guthrie and Robert Johnson. Former Rolling Stones bassist Bill Wyman made his case in a New York Times op-ed back in 2013. Of course, there will always be doubters.

tfw when you write a reasonable take and then the Nobel committee decides to screw with you https://t.co/soXQQdy8ph pic.twitter.com/P2ZmX2Av30

You know what this means? In about three or four decades, Kanye West is probably going to get that call from Sweden.