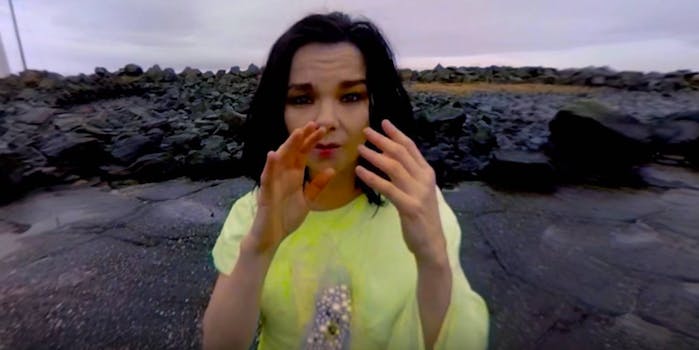 Björk made history early Tuesday morning by becoming the first musician to livestream a performance on YouTube in 360-degree virtual reality.

She sang “Quicksand” both to a live audience in Tokyo and a worldwide audience watching online. The stunt was in promotion of her Björk Digital—Music and Virtual Reality exhibit at the Miraikan museum, which runs from June 29-July 18.

According to the description, Björk was drawn to VR because she feels it is “a new type of private theatre that provides an appropriate sense of one-on-one solitude for you to experience music as never before.”

The stream footage has since been set to private, but this wasn’t her first foray into VR—Björk’s 2015 video for “Stonemilker” was also in 360-degree virtual reality.