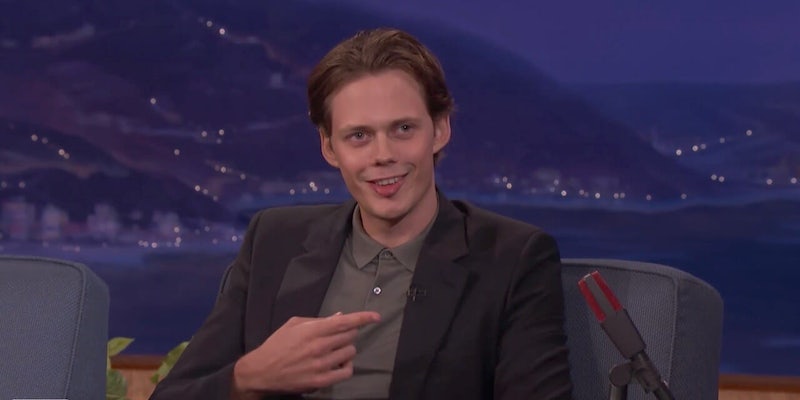 He's been creeping folks out for a long time.

The smile worn by Pennywise the Clown in It as he terrorizes the ragtag group of “Losers” is unnerving on a new level, but as it turns out, his portrayer had plenty of time to hone it in and test it out.

As actor Bill Skarsgård explained to Conan O’Brien, the pointed smile was something he realized he could do as a child after seeing his older brother Gustav do it, but the real magic occurred long before he would ever play cinema’s scariest clown. All he had to do was don a shirt around his head, wear that smile, and test it out on his younger brother.

As for the children he was supposed to scare, at least one of them had him fooled. Skarsgård initially thought he had traumatized one of the child actors on his first day of shooting, but it was a much different story once the cameras stopped rolling.