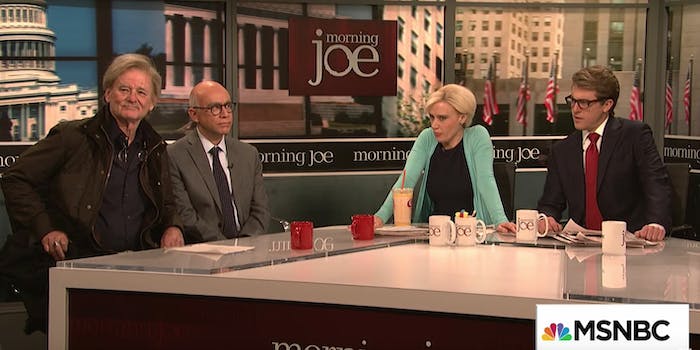 This is worth watching.

If you only see one skit from Saturday Night Live’s first episode of 2018, make it the cold opening.

“I never said Don Jr., was treasonous, and I certainly never said he’d crack like an egg on TV,” Murray tells Armisen at one point, then gets some pushback. “OK, that does sound like me, thank you, good reporting.”

Wait for the Crackle punchline. Then hold for Logan Paul reference.