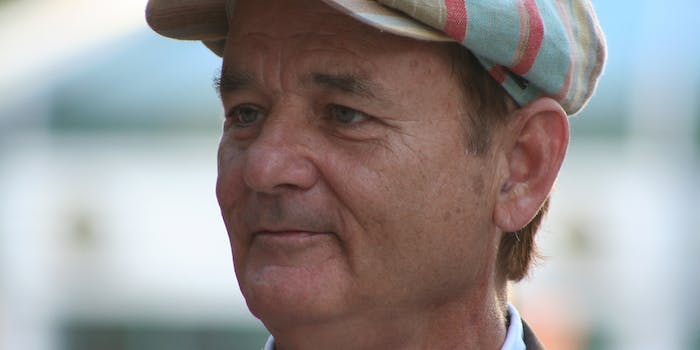 Bill Murray, the most popular man on the Internet who doesn’t use the Internet, hosts AMA

Here are some things you might not know about Bill Murray, one of the Internet’s favorite actors:

1) He once hired a hearing and speech impaired assistant, but it didn’t work out.

2) If he could go back in time to meet anyone, it would be Gregor Mendel, a friar and pioneer of genetics.

3) The movie he thought was “most fun” to act in is actually one of his least funny movies, “Broken Flowers.”

Murray stopped by Reddit for an AMA (Ask Me Anything) on Friday night and stuck around to answer these and other fan questions.

It’s become pretty common for celebrities to make Reddit part of their promotional rounds for a new book, movie, or television show. Murray, in fact, was there to promote his new movie Monuments Men, out in theaters Feb. 7. Most of these fan Q&As are par for the course, with celebrities answers common questions about their favorite things and what inspires them.

But, to the delight of redditors who joined the conversation, Murray took a nothing-to-hide attitude toward the endeavor and seemed to really think about his answers to their questions. Though he’s a bit of a social media recluse (he has no Twitter or Facebook account) he hasn’t shied away from popping up in unexpected places to hang out with fans. There’s even website dedicated to run-ins with Murray, though who really knows what percentage of the stories are true.

It’s worth noting that while Murray went on the record—at length—about a possible Garfield 3 movie (“I don’t think so”), he didn’t answer questions about the long anticipated Ghostbusters 3.