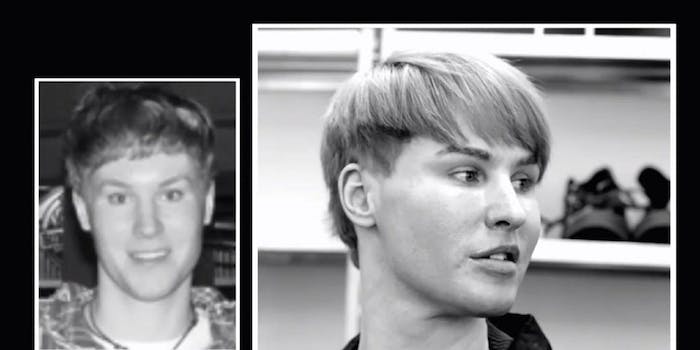 Details are limited on the death of Bieber's ultimate fan.

The Los Angeles Police Department has reportedly given TMZ the exclusive news that Justin Bieber impersonator Tobias Strebel, who was officially reported missing last week, was found dead in a San Fernando Valley Motel 6 on Friday.

Born “Toby Sheldon,” Strebel was widely known as the 35-year-old man who undertook the task of changing far more than just his name—he paid an excess of $100,000 for plastic surgery in hopes of resembling that of the 21-year-old singer and paparazzi-magnet, Justin Bieber.

Strebel’s quest to become a second Bieber landed him an appearance on the E! network’s Botched, a show dedicated to covering victims of poorly executed plastic surgeries:

He was also the focus of an episode of TLC’s My Strange Addiction, which focused not on the plastic surgery itself, but on Strebel’s underlying addiction to look like the famous pop star:

TMZ reports that the LAPD thought a breakup with his boyfriend may have led to Strebel’s initial disappearance. Drugs were discovered in the same motel room as his body, but police say there is no evidence yet that his death was related to them, nor have they released details on what those drugs were.