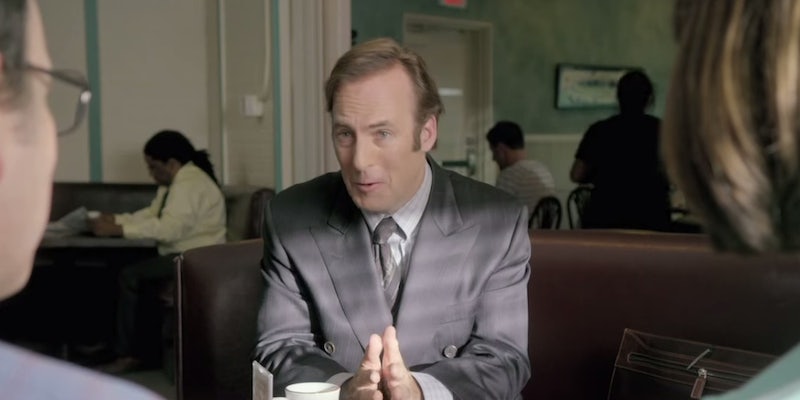 This week the series released its season 3 teaser trailer, featuring none other than Bad baddie and fan favorite, Gus Fring (Giancarlo Esposito). Fans cracked the anagram code hidden within season 2 (“Fring’s Back” spelled out, using the first letter of each episode’s title) and this video fuels speculation that he may physically appear in Saul.

The video features Bad‘s antagonist in a “commercial” for Los Pollos Hermanos, the fast-food chain that Fring owns and fronts his drug empire behind. The corny ad ends with Fring promoting the chain’s new curly fries before closing with its even cornier slogan, “Taste the family.”

Better Call Saul is set to return in spring 2017.