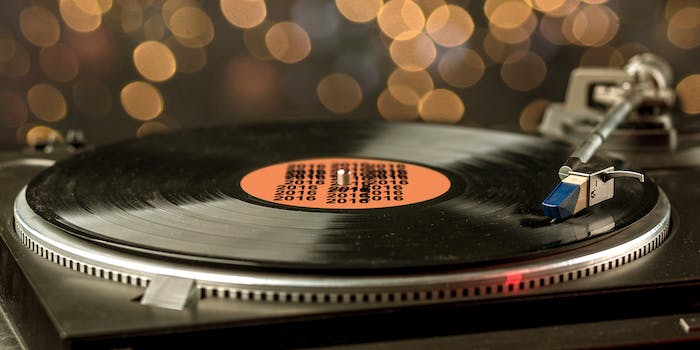 You'll be listening to this playlist for days.

Kanye West may have offered 2016’s most loud, chaotic, and self-involved album—the perfect record to remember 2016 by—but no song was more heart-wrenching than Anohni’s “Drone Bomb Me.”

Produced by prodigious electronic hounds Hudson Mohawke and Oneohtrix Point Never, the song imagines a preteen girl in war-torn Afghanistan who’s given up on life and longs for death from above. As the citizens of Alleppo, Syria, posted bitter social media farewells this week amid a rising death toll—and a 7-year-old girl who put a human face on the casualties of war via Twitter—no other song was a more apt reminder that the human experience is suffering.

That’s where the 2016 Long Player begins, a five-years-running Daily Dot tradition of sticking 24 hours of the year’s best music on a Spotify playlist. Anohni is in a small cluster of artists here who appear more than once. (She’s joined by Angel Olsen, Chance the Rapper, Future, Gold Panda, Frank Ocean, A Tribe Called Quest, Rihanna, and Mitski as the acts who yielded more than one epic, can’t-miss track.)

This thing has been arranged with nerdy vigor and works as a fluid mixtape you can spin from morning to evening. But you’re welcome to skip around. You’ll find something critical and soaring.

Get in the pit and try to love someone: