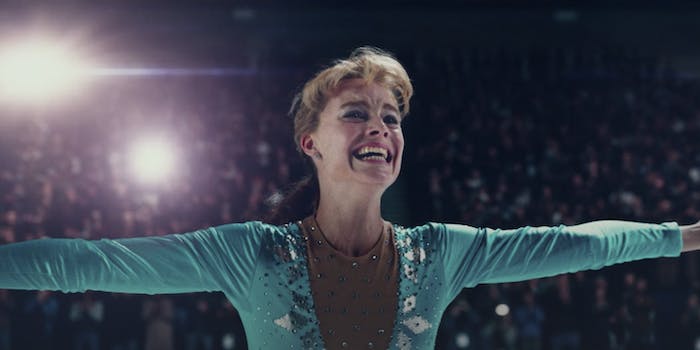 The 10 best movies based on true stories on Hulu

You don’t even need to leave the house to discover these incredible true stories.

Fiction might have all the giant robots and superheroes, but the real world has birthed stories with soul. Heists, athletic achievements, crimes, journeys into the human mind and soul: Movies based on true stories allow us to learn from the adventures of those who came before us. If you have got a Hulu membership, you don’t even need to leave the house to discover these true stories. Here are the best movies based on true stories on Hulu.

The best movies based on true stories on Hulu

Movies based on true stories are prone to controversy from subjects they’re based on, and Paid in Full is no exception. Recounting the ’80s drug exploits of Azie “AZ” Faison, Alpo Martinez, and Rich Porter, Paid in Full is a gritty street tale elevated by incredible performances. Rapper Cam’ron and Mekhi Phifer shine as two friends torn apart by greed and money. Faison accused producer and Roc-A-Fella rap mogul Damon Dash of altering facts to make the story seem more glamorous. That may make Paid in Full more folklore than true crime, but it’s still one of the most thrilling true story movies on Hulu nonetheless.

The main reason to watch I, Tonya is to see Margot Robbie’s electric performance as Tonya Harding. The movie walks a tightrope by telling a story most of the audience already knows. The Tonya Harding-Nancy Kerrigan feud has been covered ad nauseam over the years, but the film finds a new angle by focusing on Harding’s disastrous upbringing. The movie uses fourth-wall-breaking commentary and an idiots-doing-crime approach to jazz up the story to great effect. —Eddie Strait

Drive and The Neon Demon director Nicolas Winding Refn has a penchant for exploring themes of masculinity and violence, and he’s never done it better than in this 2008 British film based on the story of the man often thought to be the country’s most violent prisoner. In Bronson, 19-year-old Michael Peterson is sentenced to seven years behind bars for robbing a post office. He ends up serving 34, three decades of which he carries out in solitary confinement. During this time, Peterson adopts the alter ego of Charles Bronson (yes, like the actor), and the story only gets weirder from there. At the center of one of the best Hulu true stories is Tom Hardy in a performance that’s like watching a star about to go supernova. —Chris Osterndorf

4) Professor Marston and the Wonder Women

Silence is a crushingly heavy movie, just as full of horror as it is hope. The story follows two Jesuit priests on a quest to find their mentor in 17th-century Japan. At the time, Christianity was illegal in Japan, ultimately punishable by death. In lesser hands, this story would collapse under its own weight, but Martin Scorsese approaches a difficult subject with reverence. He never shies away from the horrors Christians faced at the time, but he also doesn’t make them martyrs or depict the Japanese as monsters. Silence ranks not only as one of the best movies based on true stories on Hulu, but among the most meditative works in Scorsese’s career.

No film on this list has won more awards than Bennett Miller’s Capote. Starring Philip Seymour Hoffman as the titular author, the film follows Capote to a small Kansas town to report on a gruesome quadruple murder. As the case drags on for years, the writer is caught between his responsibility to his subjects and his career. Capote’s real trip led to the bestselling non-fiction novel In Cold Blood, but Capote is just as much an artistic achievement. Hoffman’s transformation into Truman Capote ranks among his best performances and qualifies this biopic as one of the best true story movies on Hulu.

Ron Howard’s docudrama recounts the incredible story of NASA’s race against time to bring the stranded three-person crew of Apollo 13 back home from space. It’s so fantastic, in fact, that it’s hard to believe you’re watching a true story. Tom Hanks, Bill Paxton, Gary Sinise, and Kevin Bacon give emotional weight to a movie that could have easily just been a thrill ride. Instead, it’s one of the most gripping Hulu true stories available, causing viewers to feel the dread experienced around the globe as the world tuned in to see if the men would make it home.

Based on the 1989 Montreal Massacre, Polytechnique tells the horrifying story of a mass shooting on a college campus and its aftermath. Viewers experience the events through the eyes of the killer and two student victims. This is a difficult subject matter, especially in light of the killer’s misogynistic motives, but director Denis Villeneuve (Blade Runner 2049, Sicario, Arrival) handles it with care. While Polytechnique isn’t a pleasant experience, it’s an incredibly powerful one, and thus one of the best movies based on true stories on Hulu.

One year after the suicide of Vincent van Gogh, one of his subjects, Armand Roulin, is asked to deliver a letter to van Gogh’s brother. Doubting the painter would kill himself, Roulin begins to look into van Gogh’s past, learning about the secret life of a master. Loving Vincent is a beautiful story, but its greatest triumph is artistic. The film was painted by hand, taking up 65,000 frames of real oil painted canvas. The feat required over 100 professional painters making thousands of works of art to create one of the best movies based on true stories on Hulu.

10) Born on the Fourth of July