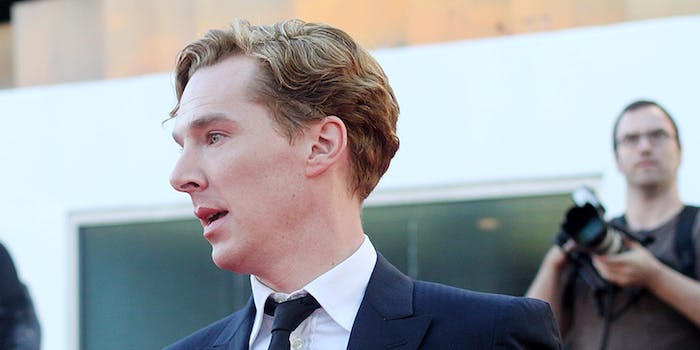 Benedict Cumberbatch’s audition tape for ‘The Hobbit’ is brilliant

It's fairly similar to what ended up on-camera.

Benedict Cumberbatch only needed his voice to charm the casting directors behind The Hobbit before getting the part of Smaug.

He and Sherlock co-star Martin Freeman were auditioning around the same time for their respective roles during their show’s first season, and Cumberbatch sent in a video of himself reading part of the script while performing snake-like movements with his neck. But because the filmmakers didn’t know whether they were going to go with motion capture or a voiceover when it came to bringing the dragon to life, they also had Cumberbatch perform with his face off-camera.

It took him more than a year to hear he got the role, but in the end we’re glad they ended up going with motion capture.