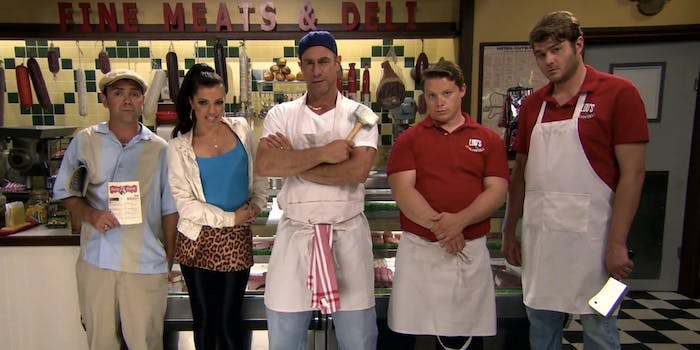 Christopher Meloni serves up justice and deli meats in ‘Beef’

Brought to you by the same stellar team behind Burning Love.

Not content with both committing and investigating sex crimes in his acting roles, it looks as if Christopher Meloni now also wants to dispense justice. And meat.

From much of the team who brought us the excellent Burning Love—Michael Ian Black, Joe Lo Truglio, and Childrens Hospital’s Jonathan Stern are all here—Meat features Meloni as a butcher, Lou, who tries cases and doles out unique punishment in his shop.

The content looks improv-heavy, and the list of guest stars is impressive; Lizzy Caplan, Michael Cera, and Thomas Lennon are all slated to appear. If it can reach the heights of Paramount Digital’s other series, such as Burning Love and The Hotwives of Orlando, then we’re in for a prime cut.