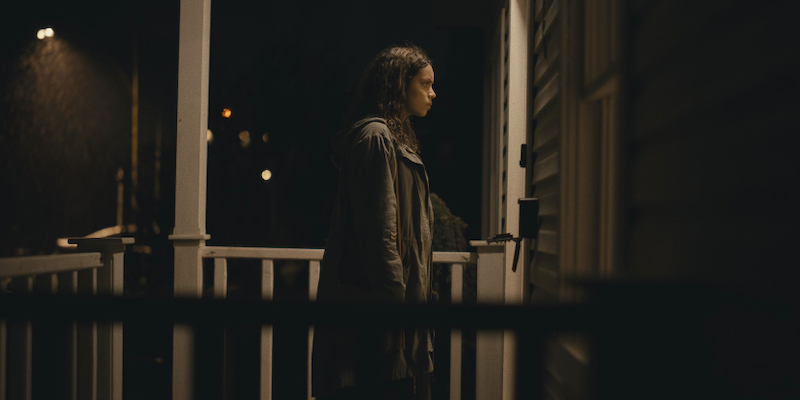 ‘Barbarian’ is a promising win for low-budget horror

Much of the buzz is internet word of mouth, and TikTok in particular has gotten attached.

The first wild thing about Zach Cregger’s Barbarian is that it was released by 20th Century Studios, which is basically Disney.

It’s a consummate crowd film: Titane was the last time I remember an audience collectively screaming, and it plays with the don’t-go-into-the-basement trope in inventive ways.

In its opening weekend, Barbarian, a film with little advance promotion and a $4 million budget, hit No. 1 at the domestic box office and held on to the No. 2 spot this past weekend. Much of the buzz is internet word of mouth, and TikTok in particular has gotten attached. There were quite a few comparisons to Malignant, a movie that seemed to come out of nowhere last September, though that’s a stretch.

The film follows Tess (Georgina Campbell), a documentarian in Detroit for a job interview, as she discovers her Airbnb is already occupied by Keith (Bill Skarsgård, playing nice), and it’s too late to go anywhere else. There have been quite a few recent horror films (and real stories) about rentals gone wrong, and Tess approaches Keith the way most women would in that unnerving situation, but Barbarian does not go how you think it will.

Justin Long’s introduction as disgraced director AJ is truly inspired, and his performance here is the culmination of years of key horror roles like Drag Me to Hell and The Wave, though he certainly flips the nice-guy role. Cregger, formerly of comedy troupe Whitest Kids U’ Know, told the Hollywood Reporter that the film’s unconventional structure was often an obstacle when he was selling the film, and that it took “two years to get anyone interested in this.”

The real story of Barbarian won’t be spoiled here, but it leaves the true wickedness to your imagination. It’s a nasty slice of Midwestern horror, with a growling score underneath, and though there are some lingering plot holes, it gets at a much more human evil than other recent horror movies about women’s experiences.

A look at the fall and winter film schedule shows quite a few franchises, reboots, and the requisite Marvel and DC titles, and not a lot of original horror. (But stay tuned for our Fantastic Fest coverage this week.)

As Elamin Abdelmahmoud wrote for BuzzFeed in June: “We are living through the age of peak intellectual property,” and that’s terribly boring. So a film like Barbarian breaking through with audiences, and at the box office, is promising: It gives lesser-known filmmakers a chance to do something weird.