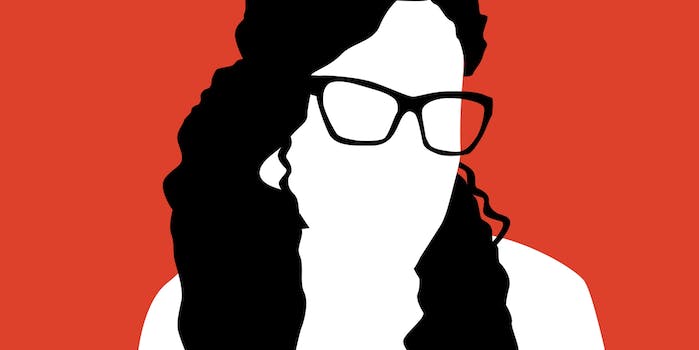 How do these channels get from an idea and a webcam to a half million subscribers?

YouTube boasts more than 1 million content creators uploading 100 hours of video every minute. But how did it get there? How do those creators get started? How do they get from an idea and a webcam to a half million subscribers? Turns out it’s not as easy as it looks.

When I returned from my first ever VidCon, the annual celebration of all things Internet-video, I was inspired. There’s a wide breadth of video content available on the Internet, from comedy to education and everything in between, but I was most taken with the vloggers, a mixed bag of creators who primarily use the medium to share their lives and viewpoints through a digital lens. I walked away thinking that at its very base, it was a very democratic point of entry into entertainment: Point, shoot, and upload. What makes a good vlog, I quickly learned, is way more than that, but the promise of turning on a camera and finding an audience is what seduced me, and thousands of other YouTubers, to give it a shot.

Vlogging as a medium gained traction in 2005, the year YouTube was founded. Finally, people had a medium to share video without it needing to be downloaded from their own servers, plus a built-in community for feedback and discussion. Over the past nine years, the platform has changed, but the general directive of sharing content has not, and users have built empires on their Internet personalities. The myth of just pointing and shooting and achieving success is gone, replaced by creators who are talented video editors beyond their skills as talking heads.

As the genre shifts from simply a pastime to a career, some vlogs look impossibly polished, leaving me paralyzed in awe and afraid to take the step from romanticizing the vlog life to actually seeing if I could do it.

One lazy evening I found myself watching YouTube videos, thinking: “I should just do it. I should rip off the bandage of a first YouTube video and create some content.” An oversized tub of sour cream was also on my mind. I had purchased it optimistic about days of tacos and nachos, but the speed at which I was consuming Mexican food and the sell-by date were not lining up, and I was set to be left with a whole lot of excess. I figured I could kill two birds with one stone, swiftly Googled “sour cream face masks,” and went to work filming myself in my kitchen.

I’d seen so many YouTubers with their arms outstretched in front of them, talking to their cameras as they walked around the Anaheim Convention Center a week before. How hard could it be? I threw caution to the wind and started filming myself prepping and smearing the lemon, sour cream, and honey mixture on my face. I tried to make it comedic but honest. I didn’t script anything, but I was definitely aware that I was talking to a camera. In that awkwardness, I think I played up an attempt to be witty and to conform to YouTube tropes like asking for subscribers and pointing at the bottom of my screen to implore my imaginary fans to leave a comment.

My first lesson, though? Sour cream masks are ridiculous. Don’t put sour cream on your face; it makes no sense.

Face clean, I clicked off the camera. Then I ignored my footage for weeks. I didn’t even want to rewatch it, but I also didn’t want to reshoot because I felt like the integrity of my “first time” would be compromised if I did it over.

Finally, a month later, I rewatched my attempt. I quickly realized I had not sufficiently set up the clip as a vlog; instead it just looks like an insane person in a muumuu, wandering around a kitchen. So I clicked on my Photobooth and filmed myself at my desk, introducing the video and signing off. Then, instead of letting the cold feet settle again, I embarked on the even scarier task of editing my video.

I have no formal training in video editing, but I asked a friend if something like iMovie would be intuitive enough for me to create a passable video. I’ll happily report it was, and within an hour, I had imported and linked together the seven clips that make up my piece, even adding rudimentary transition graphics and text overlays. The editing process, for me, was the most soothing experience of this whole experiment. Given time, I think I could learn editing, and that’s definitely one of the hallmarks of a true YouTuber. They do their own editing, owning as many aspects of the creative process as possible. Of course, this newfound confidence didn’t stop me from delaying the actual publishing of my vlog to the world.

I may be a newbie to vlogging, but I am not a newbie to YouTube. My account, blurintofocus, was created in 2006, and I started uploading videos shortly thereafter. At that time, I was an avid concert attendee, specifically obsessed with the band Panic! at the Disco and many of their labelmates. I had a solid Sony point-and-shoot from my father and a penchant for getting front-row spots at shows, so my videos received solid traffic, even from the band itself. Some still get comments each month from new or die-hard fans reliving the glory days of 2006. As a result, my videos have racked up over 1 million views, and I had a small band of 523 subscribers from that time, even though my last upload was some video I shot of an interview back in 2012.

However, I’d sorely neglected making any changes to my channel since I started it, even as YouTube itself went through cosmetic and channel status changes over the years. I logged back in to realize I’d qualified for the Partner Program, meaning I could monetize my original content right away—a nice bonus for a newbie YouTuber. But first I’d need a header image, so I tapped my friend Corey Lubowich, a professional graphic designer, to make me look like a real vlogger and not just someone taking a wild stab at the world. However, all good stalling tactics had to come to an end, and it was time to upload.

Once my video loaded into the system and I added some tags (“facemask,” “tutorial,” DIY,” “nomakeup,” etc.), I hit publish and then tried to distract myself in any way possible.

I helplessly refreshed the video page waiting for new views, then realized my own views were inflating the count, so I opened my Channel Dashboard and lived there for the rest of the day. When my first non-me view occurred, I did a dance in my living room. I waited patiently, but no one gave me an upvote or a comment. I went to sleep and tried not to think about my failing popularity too much.

I have decent-sized social media presences on other platforms, enough that I’ve seen numbers on articles I write uptick when I tweet about them, but I didn’t want to give any extra social push to my YouTube video. I felt like my subscriber base was enough extra bonus that most newbie bloggers wouldn’t even have, and I wanted to see what the tides of YouTube could bring me in terms of viewers.

The next morning I woke up to my first ever comment. It was from my designer friend, with the witty retort of “First!”

As quickly as the first comment came, a second appeared. Perhaps I was picking up steam in this vlog world. Alas, it was a suspected spam comment disguised as praise from another vlogger trying to build his own brand. Not only that, but he was a child—not a teenager or a witty college student, but an actual child who isn’t even in middle school yet. He had lots of vlogs already, and seemed to be very in command of his brand on the platform. All his videos had way more views than mine. I was a virtual infant in the world of YouTube.

My grand total, after a week of letting my vlog peacefully exist on the platform, was 18 views (two of which were mine), three comments (one mine), and no upvotes or downvotes. However, the most disappointing statistic was my subscriber count, which dropped by one during my vlogging experiment. I don’t know who gave up on me, or why, and that’s the most disappointing thing of all. Sure, they likely subscribed for concert footage that I haven’t provided in five years, but I had hoped they’d at least be unoffended enough by my humble vlog attempts to stick around at least for version 2.0.

If I want to keep my remaining 522 subscribers, or perhaps even grow that number, I’ve got some changes to make before the next vlog debuts.

My biggest lessons from this experiment are to not be so cavalier about the filming and staging of a vlog. What appears to be simple is in fact exactly the opposite. There’s lighting, first of all. My video fluctuates in quality thanks to natural lighting, which is extremely distracting. I also have cluttered backgrounds behind me. Sure, it makes me look “real,” but it’s also distracting. Finally, even when putting on a face mask for camera, perhaps I should put on some makeup first. Now the world totally knows what I look like sans glasses, makeup, hair styling, and even proper clothes.

Still, the experience surprisingly hasn’t set me running for the hills, never to show my face on camera again. My years of blogging on platforms like LiveJournal or Tumblr and oversharing on Twitter—not to mention my time as a journalist—has always given me a sense of worth about not only my words, but my views and opinions too. YouTube is just another way to share those views, and despite my discomfort with some parts of the process, I spent the week thinking of new video topics I could address and better ways to visualize stories and moments. I’ve taken some footage out in the wild of my everyday life that could possibly be used for fodder in future videos too. I’m not sure where I’m going with my new vlogging career, but I’m not as terrified as I once was about showing my face to the world.

That said, having earned a whopping six cents in my week of monetized vlogging, I should probably stick to my day job.