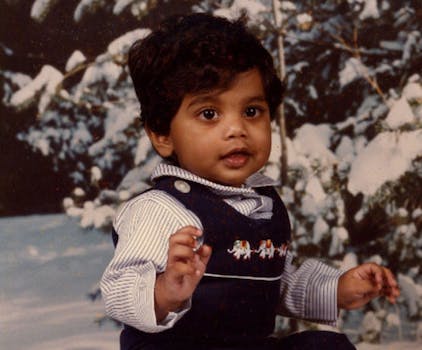 The stand-up comedian and Parks and Recreation star made his third Ask Me Anything appearance on the social news site Thursday.

Stand-up comedian and Parks and Recreation star Aziz Ansari, perhaps the best-known South Carolinian R. Kelly enthusiast in show business, visited Reddit for the third time  to invite users to ask him anything.

Making it past the “open mic-er” stage of a stand-up’s career is a rough step to take. What’s the story of how it happened for you? (jca2u)

It just happens as you get better and people take notice. Eugene Mirman gave me the best advice early on, he said to just focus on your act and start killing. People are always going to want to give you spots if you’re doing great sets. You quickly learn once you focus on being really good, the rest falls in place. I remember seeing people at open mics with headshots and talking about managers, etc. Its all nonsense. The best advice is that of Steve Martin, “be undeniably good.”

Hi Aziz! Is it hard to keep coming up with new, fresh, relatable jokes? (sir_sweatervest)

Coming up with new jokes is hard, especially ones that are really, really strong but I always just write about whatever’s really occupying my head. For my current Buried Alive tour, that’s been this kind of fear of settling down and getting married and having children and just how insane that whole process is. It’s been by far my most relatable and personal hour of material, and in my opinion, my best.

What is your favorite episode of the upcoming season? (firstinthesea)

This episode (I think episode 4) where Tom has to stop using the Internet for a week is awesome. I go to Ron’s [Swanson, played by Nick Offerman] cabin with Ron and try to stay off “screens” for a week. I improvised a thing about Reddit, hopefully it’ll make it in. I think you guys will dig it. Offerman, as always, kills it and I got to talk about a LOT of dumb Internet stuff. It’s like if that Wasting Time on the Internet bit from Dangerously Delicious became a TV episode.

In the scene where you talked about Apps and Zerts on Parks and Rec, was that scripted? Or did you ad lib all those? (rickyrockwell)

Some written, some improvised.

How is Nick Offerman off set? (IcySpace)

Everyone says this about everyone, but he is the nicest, sweetest man. And he always carries me in his arms from the trailer to the sets.

Have you ever encountered any forms of racism or unexpected discrimination as a minority in Hollywood? (Opulent_Pledge)

The characters I play always just “happen” to be Indian. So racist.

who is your favorite comedian? have you ever told a joke and had no one laugh at it? how did you recover? (ken27238)

1) I really love Chelsea Peretti and Hannibal Burress.
2) Of course. I mean, nothing terrible happens, its just quiet and then you move on. It’s not a huge deal. If that happens like a few jokes in a row, oh man, that sucks hard.

Since you come on reddit a bunch of times, do you have any favorite subreddits or memes? (eztarget896)

This is my favorite thing. I was looking for an old AMA of mine to see what my username was and I found this AMAZING story where someone said they ran into me on the street and I said something like “GET THE FUCK AWAY FROM ME!!! NO PHOTO. SUCK MY BIG DICK!!!!!”

Yeah, of course, this wasn’t me. It must have been some Indian dude with a beard that was tired of being confused with me. But what was hilarious was all the redditors weirdly took Fake Aziz’s side like “Yo man, you should give him his privacy.” To be clear; it wasn’t me and I would never treat someone that came up to me that way.

By the way, that happens A LOT. People tweet me like “Yo I just hi to you in Austin and you were a dick.” Meanwhile, I’m in New York. Indian dudes with beards, PLEASE CARRY YOURSELF IN A RESPECTABLE MANNER! I HAVE TO DEAL WITH THE REPERCUSSIONS OF YOUR DOUCHEBAGGERY!!!