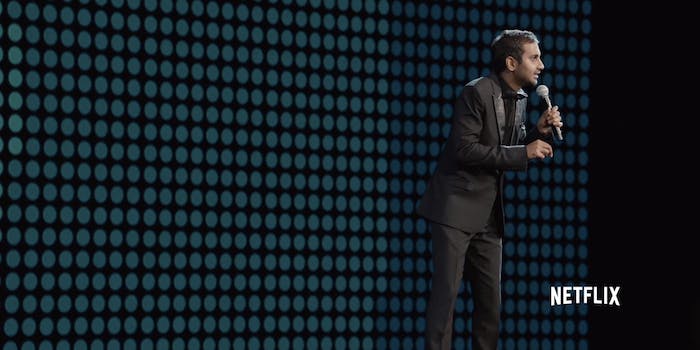 A new Aziz Ansari sitcom is heading to Netflix

H. Jon Benjamin and Eric Wareheim are already on board.

Aziz Ansari’s follow-up to Parks & Recreation will be a comedy series for Netflix.

Netflix has given a 10-episode order, which will be produced by Universal Television in association with 3 Arts Entertainment.

The series will be directed by James Ponsoldt (Spectacular Now).

Netflix has been busy this week, ordering multiple exclusive series including the Full House reboot and a second season for Marvel’s Daredevil.

Read the full story on the Video Ink.