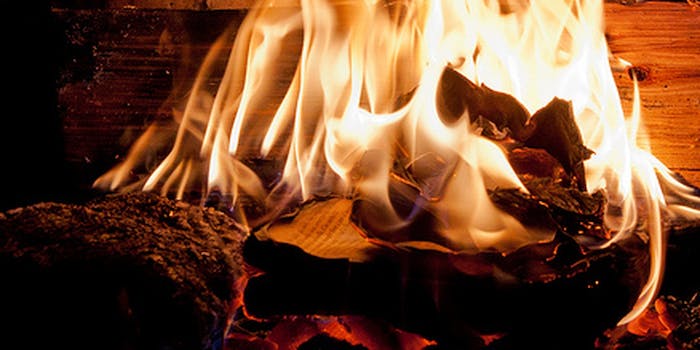 Ayelet Waldman, though famous and beloved by readers, just can't let go of the little things.

Ayelet Waldman, author of several successful novels and a bestselling book about how hard it is to be a mom, has never come across well online. Whether she’s stoking rage with a contrarian blog, lashing out at trollish critics, or venting spleen over the $120 tab her 11-year-old son ran up playing Kim Kardashian: Hollywood, she evinces a keen delirium.

Her latest outburst concerns one of those year-end lists that tend to clog media sites come December. The New York Times, you see, rounded up “100 Notable Books of 2014,” and among the thousands of eligible volumes excluded is Waldman’s latest work, Love and Treasure—which previously garnered a favorable review in those same pages. That enviable distinction is apparently moot, and the perceived snub well worth public complaint. 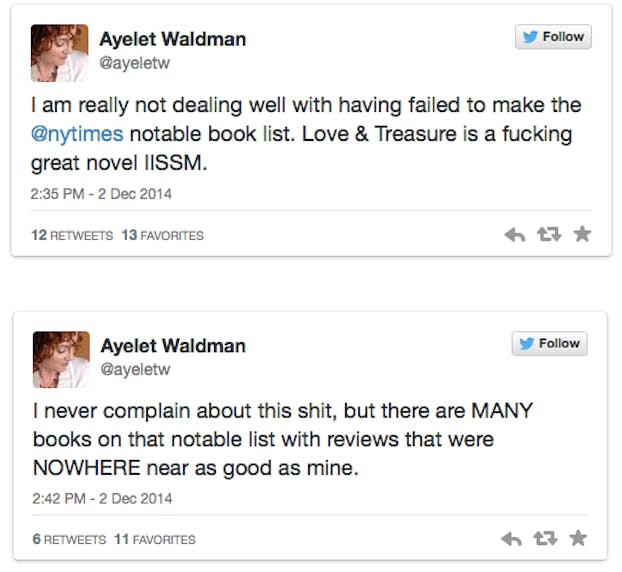 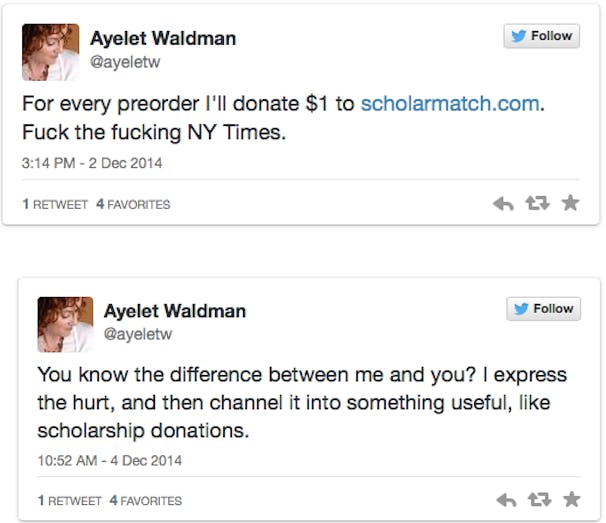 Not even a nod to Love and Treasure in a Washington Post list of the year’s top 50 fiction books, acknowledged with a brusque sense of entitlement, could allay Waldman’s existential despair. When will literature’s movers and shakers do the right thing and bestow all arbitrary seasonal accolades on well-known writers who truly, madly, deeply feel they deserve them? I can’t help but think of Herman Melville, who died penniless and obscure—probably because he didn’t use Twitter.