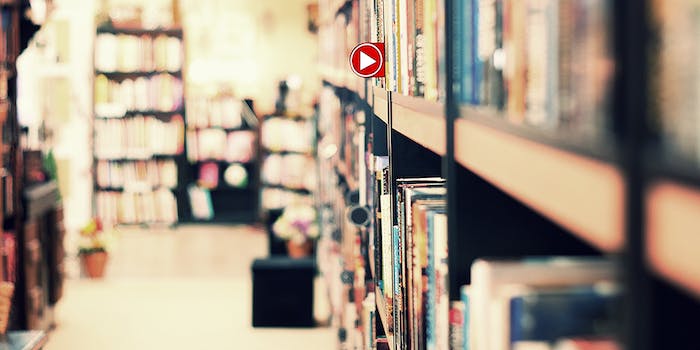 AwesomenessTV wants to turn your favorite YouTube series into a novel

Old media is new again as AwesomenessTV, one of YouTube’s powerhouses of teen and tween video entertainment, switches off the cameras for its latest venture, Awesomeness Ink, which turns popular webseries into novels.

YouTube-to-book transitions aren’t totally new. The Lizzie Bennet Diaries became a book—a doubly impressive feat, considering the series itself is based off a book. However, Awesomeness Ink is a concerted effort to mine already popular AwesomenessTV series into young adult fiction. And, since YouTube is the land of instant gratification, the announcement is paired with the release of the first two books: Runaways is a haunting mystery and forbidden romance set in the most vexing of locations, a high school.

The second novel, Side Effects, follows a 16-year-old experiencing musical hallucinations from her medications following her mother’s death and father’s subsequent disappearance. The series has completed its second season on the network.

“Teen lit is a huge category and with Awesomeness Ink we are creating a platform for creators focused on the written word in the same way we have served video creators with the AwesomenessTV,” said Brett Bouttier, chief operating officer at AwesomenessTV, in a press release. “We are launching with Runaways and Side Effects because they are great franchises with an engaged fan base, who demand more content.”

AwesomenessTV’s willingness to engage with young fans who demand more content feels like a savvy move, since media franchises often have fans with insatiable appetites who turn to fanfiction and art to feed their desires. Giving them more canon can only be a good thing. With AwesomenessTV already tapped into the heart of teen YouTube, it’s only a matter of time before it dominates teen publishing as well.

Photo via kristin klein (CC BY 2.0) | Remix by Jason Reed