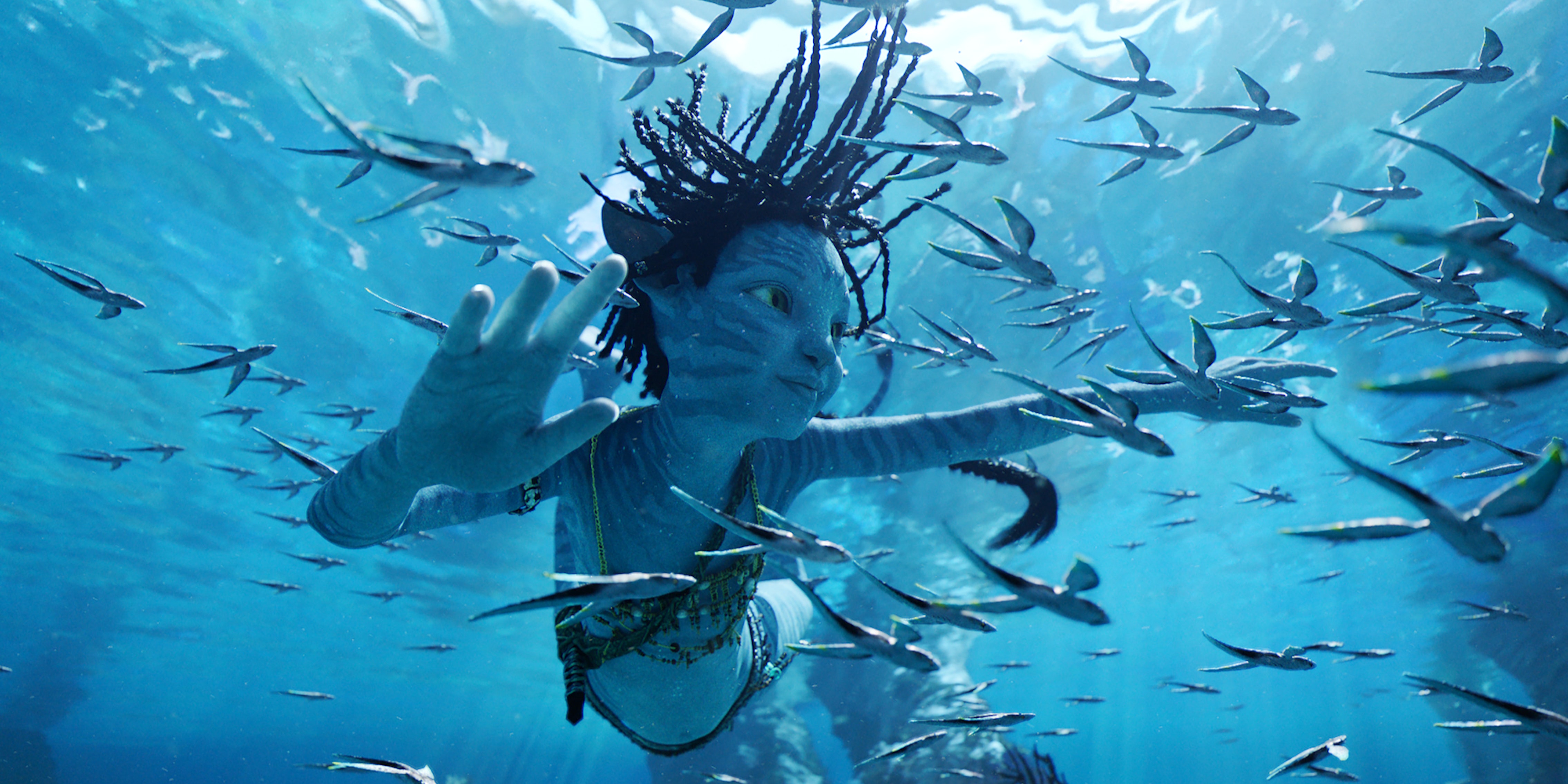 The ‘Avatar’ discourse is repeating itself with the sequel’s debut

It’s taken hold of both the box office and the internet.

After 13 years, James Cameron’s moment has arrived: Avatar: The Way of Water, his follow-up to the highest-grossing movie of all time, has finally arrived. Between my friends logging their Avatar rewatches dutifully on Letterboxd in anticipation, Cameron in full DGAF mode, and high praise from critics, it’s taken hold of both the box office and the internet. But with our return to Pandora comes the return of some of the same arguments and criticisms that befell the first Avatar movie.

Most people seemed to either love it or hate it, but I fell somewhere in the middle: It’s a visually dazzling spectacle (especially in IMAX 3D, which is how I saw it) with great action pieces, and my mind broke a little trying to figure out just how Cameron and the tireless crew managed to pull this one off. I’m also amused by how much Papyrus is in the movie—the title font that SNL brutally skewered in a sketch a few years back—thanks to Cameron using it for all of the subtitled text (both for the Na’vi and the Tulkun).

While I liked The Way of Water much more than the original, many of the issues I had with the first film were still present here. And the sidelining of Zoe Saldaña, the MVP of Avatar, for much of the sequel is downright criminal.

In the past few days, conversations about cultural appropriation in Avatar have returned thanks both to how the blue Na’vi are portrayed along with the Metkayina (the sea-faring clans with whom Jake, Neytiri, and their kids find refuge) being inspired by Maori and other Indigenous pacific island cultures. It was also partially inspired by a resurfaced 2010 Guardian interview with Cameron. While the discussion on cultural appropriation is nothing new, some Indigenous groups have called for a boycott of The Way of Water.

But even with the backlash brewing over the weekend, it’s clear that The Way of Water is making some kind of mark. Soundbites with Edie Falco (who played a human character) from her appearance on The View went viral. People are having fun with the phrase “Sullys stick together.” Cameron is so adamant about Titanic’s door debate that he made a special about it. And there’s the box office tally, even though it’s still a far cry from the $2 billion it’d need to make just to break even.

As awards season ramps up, it’s clear that Avatar: The Way of Water will be a huge contender—in both below-the-line categories and for prominent categories like best picture and best director. So even if Avatar doesn’t manage to become culturally relevant from the sequel’s success, it’ll be at the forefront of film discourse for the next few months.