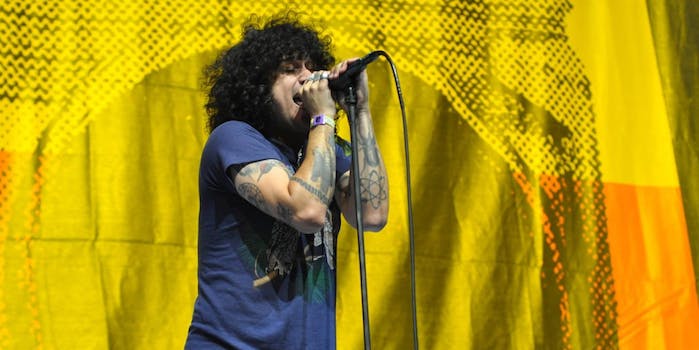 At the Drive-In releases first new song in 16 years

Sixteen years after releasing its final album before breaking up, At the Drive-In is back with a song that sounds like it could have been released as the 14th song on the band’s hallmark Relationship of Command record

That’s not to say “Governed By Contagions” isn’t solid, because it is. And it’s got some of the hallmarks of what made ATDI—a post-hardcore band (some would say emo) from El Paso, Texas—such an important underground five-piece in the first place.

In the video below, it’s also nice to read the lyrics of the songs since singer Cedric Bixler-Zavala’s words are usually difficult to understand—and oftentimes its just as difficult to discern what he’s singing about in the first place.

The band reunited for a string of shows in 2012 but then did a proper world tour this year, though part of it had to be canceled because of issues with Bixler’s vocal chords. At the Drive-In is also scheduled for the Reading and Leeds Festival next August.