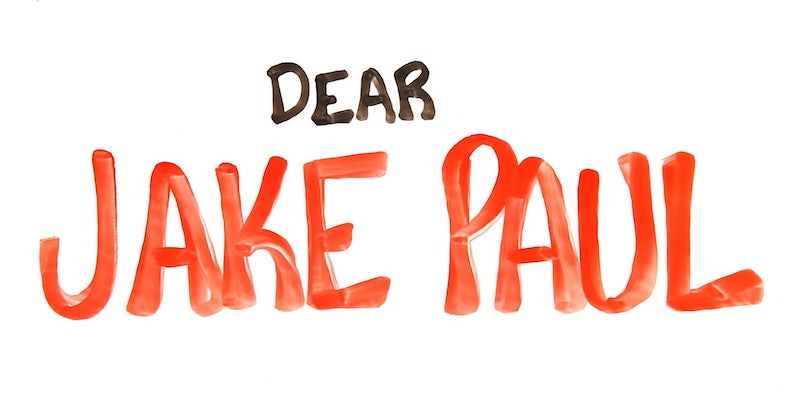 Jake Paul and RiceGum have already faced criticism for promoting the site.

The educational YouTube channel AsapSCIENCE released a video urging Jake Paul to take down his video endorsement of Mystery Brand. Jake Paul and YouTuber RiceGum, who also promoted the site, have already faced criticism for “promoting a Gambling site to kids.”

YouTuber Keemstar, who runs the DramaAlert gossip channel, said he was offered $100,000 to promote the site but turned it down.

Now, AsapSCIENCE is providing facts and stats on why this website is potentially harmful to Paul’s audience, which is mostly made up of young kids.

“A message to Jake Paul and Ricegum about the mystery box video, Mystery Brand scam, gambling addiction and kids,” the description of the video says.

The nearly six-minute video explains the science behind gambling addiction and the reasons the age limit for gambling is 18.

People on Twitter have gotten behind the video and are sharing in hopes that Paul sees the video and considers pulling his video down.

“Jake Paul, you can’t promote gambling-like sites like Mystery Brand,” one person wrote. “Such actions can have a huge impact on the younger audience which makes up the majority of your viewers. We call upon you to do something about it.”

@jakepaul you can't promote gambling-like sites like Mystery Brand. Such actions can have a huge impact on the younger audience which makes up the majority of your viewers. We call upon you to do something about it. Here is a video further explaining why:https://t.co/GUJHmmxSyM

“Stop taking advantage of young kids to make a profit. It’s unethical, unnecessary, and damaging for the youth that look up to you,” someone else wrote.

“Great video on why supporting gambling websites is so adverse to adolescence development,” another person said. “Furthermore, how influential YouTubers like Jake Paul are on young audiences and the effects they can have on the brain.”

Paul previously responded to another video criticizing him, saying “lol love this vid.”

When asked if he loved “being called out for selling a gambling scam to underage kids,” he doubled down and said he does “love it.”

Paul has not responded to AsapSCIENCE’s video, but based on his previous response, he may love their video as well.