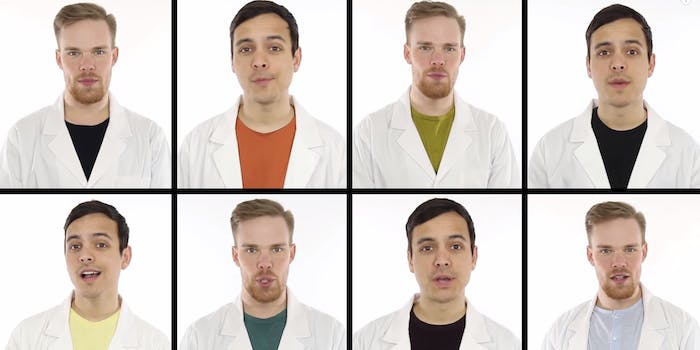 Watch these brainiacs give Swift a run for her money.

Though you might not know the faces of Gregory Brown and Mitchell Mofit, odds are you know their voices. The dynamic duo form the brains behind AsapSCIENCE, educating their YouTube viewers on everything from the importance of bees to optical illusions.

But every now and then, Brown and Mofit step out from behind the camera to combine science with song.

In their latest on-camera appearance, Brown and Mofit added a scientific twist to Taylor Swift’s “Style” by replacing the lyrics with fun tidbits about sunlight, dating apps, and evolution. Before you decide that science isn’t sexy, listen to these two handsome harmonizers make the case.