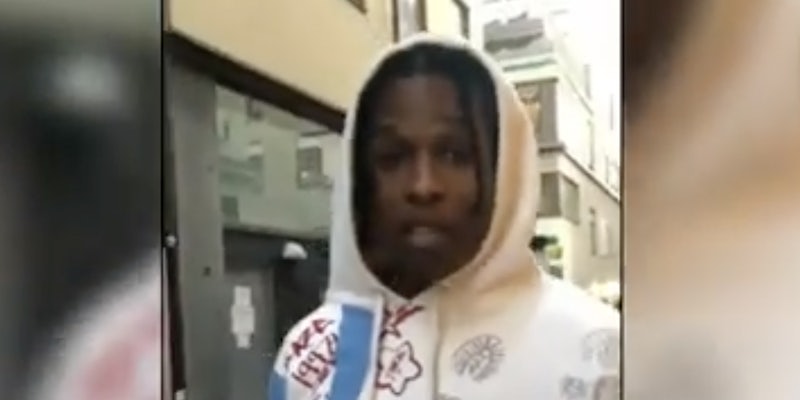 Circumstances around the assault case also evolved after an anonymous witness revised her narrative.

Rapper A$AP Rocky will be freed from jail in Stockholm until Aug. 14, when judges are expected to decide in the assault case against the Harlem native and two other men, the courts announced Friday.

It appears the rapper (born Rakim Mayers) will be allowed to leave Sweden in the duration. Much has been reported on the conditions of Mayers’ stay in the Stockholm jail, with continuous calls for his release.

#ASAPRocky’s lawyer has just told me the suspects do not need to remain in Sweden while they await the verdict. https://t.co/1riuiyNhOt

The alleged victim’s lawyer argued that the assault was carried out with "consensus". But ASAP Rocky’s lawyer says that the prosecution has failed to prove that there was any kind of coordinated crime plan.

Prosecutors accuse Mayers and the two other men of beating 19-year-old Mustafa Jafari on June 30. The infamous video from the incident made its way around the internet, with Jafari apparently provoking Mayers, precipitating a fight. The rapper said he tried to avoid confrontation, and acted in self defense.

Prosecutors proposed a six-month sentence for the 30-year-old artist during closing arguments Friday. His lawyers maintained Friday that coordination of a fight, led by their client, could not be proven. Circumstances around the case also evolved after a witness revised her narrative from the initial police reporting.

Testifying anonymously via video link at Stockholm District Court, a woman stated that she had not seen the American rapper hitting a man with a bottle as previously told. She could not confirm anyone from Mayers’ entourage had used the bottle in question. However, both witnesses maintain they witnessed a fight with Mayers and Jafari.