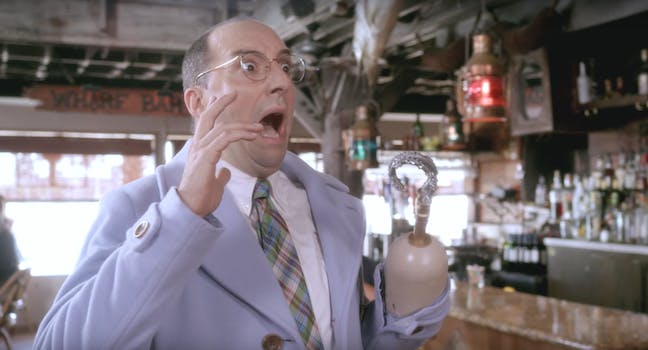 Did the edit save a controversial season?

The idea that a show could become a cult hit following its cancellation in 2006, before eventually being resurrected for a widely criticized new season which fundamentally changed its structure in 2013, only to be brought back again in 2018 for a season designed in part to address those criticisms, would’ve been virtually inconceivable before the streaming era.

That widely criticized fourth season has now been re-edited, and was dropped on Netflix earlier this month as Arrested Development Season 4 Remix: Fateful Consequences. Whether creator Mitch Hurwitz’s decision to cut up the original version of season 4 has more to do with redemption, money, or prepping fans for season 5 is unclear. Regardless, it felt like a long time coming. Several intrepid internet users had actually tried this already, but Fateful Consequences comes with official Netflix sanction. In fact, the streaming service has gone so far as to bury the original cut of the season in the show’s “Trailers & More” tab.

Reaction to the remix has been polarizing, to say the least. Some like it, others hate it. Either way, it does feel like an unprecedented move for streaming television, which could potentially open up either a treasure chest or Pandora’s box for show creators. For instance, can you imagine if Carter Bays and Craig Thomas decided to undo that notorious death in the finale of How I Met Your Mother?

Because I’m a glutton for punishment, I decided to watch all of Fateful Consequences in the lead up to Arrested Development season 5. Here’s what I found.

1) The pacing is much better

With runtimes ranging anywhere between 25 and 40 minutes, the initial pacing of Arrested Development’s fourth season was all over the place. The conceit of spending one episode at a time with a single character was interesting, but any balance between its 15 episodes was shot. Some characters got way too little time on-screen, others got way too much.

Season 4 corrects this by keeping the runtime of every episode around 22 minutes, and by stretching the story out to 22 episodes. The effect is to make the show feel a bit more like it did when it first aired on Fox. Cutting back and forth between multiple characters in an episode makes for a much easier watch than slogging through one character’s journey at a time. Crosscutting between storylines is less oppressive. If nothing else, it’s nice that when you’re spending time with a character whose storyline isn’t that interesting, you quickly get to return to something else in fairly short order. I felt less bludgeoned than in 2013.

In lieu of all the separate intros Ron Howard recorded for the initial version, the narration at the beginning of Fateful Consequences becomes, “Now the story of what happened when the one man who was holding his family together finally let go, and the separate journeys that eventually gave them no choice but to come back together.”

As the updated title sequence spells out, this was the central mission of the remixed episodes. Michael’s fall from grace may have been the throughline of the season, but it was easy to forget what was going on with everybody else as the episodes jumped around. Though the “Cinco de Quatro” celebration is still used as a framing device, the events leading up to this and the ensemble’s interlocking parts in them are a lot clearer.

As a result, it struck me this time around how much I had forgotten about season 4 since I first watched it. I remembered some of Lindsay’s storyline, for example, but I didn’t remember the specific order that certain things unfolded in. I vaguely remembered that she went to India, and had two different boyfriends, but I didn’t recall which one of them came first, and how they impacted the larger story. I didn’t remember half of Buster’s storyline altogether. That he was holed up in the penthouse and missed his mother’s trial I recalled, that he became a military test subject and was taken in by the family of one of Lindsay’s aforementioned boyfriends, I had completely blanked on.

This also helped to clarify some things I found confusing the first time I watched the season. The way it was re-edited made it clear to me that the strange ending of season 4, where Michael punches his father for stealing his girlfriend, is essentially a callback to him punching Gob for doing the same thing in the original series finale.

The editing of Fateful Consequences also helped illustrate that George and George Michael’s relationship is the heart of the show. The disintegration of said relationship becomes the crux of season 5.

The chronology is also driven home by additional recaps from the voice of Howard. Speaking of which…

3) There are new voiceovers!

This becomes apparent from the jump in the new title sequence, though astute fans will quickly start to notice it throughout. Take one moment during Lucille’s trial where the limitations of the cast’s schedules were particularly apparent. As Jessica Walter and Liza Minnelli prepare to exchange barbs back and forth with body doubles, Howard prefaces the moment by saying that Lucille 1 was, “clearly green at screening witnesses.” (They filmed this scene using a green screen. Get it?)

Much of the new voiceover is devoted to explaining flashbacks of stuff from previous episodes, and occasionally, stuff from the original series. Occasionally, it also hints at stuff to come in season 5. Lucille 2’s disappearance comes to the forefront at the end of the season, thanks in large part to editing and narration which hints that any member of the family could’ve been responsible. This happens during the Cinco de Quatro sequence, which is spread out over the last three episodes, all of which arrive with an additional intro, courtesy of John Beard.

With all the recurring jokes that make up the foundation of Arrested Development, a lot of this voiceover clarification helps. Keep in mind that the Netflix episodes had the burden not only of referencing beloved gags from the original show but of trying to create new ones to build the story on.

But not all of the new voiceover is a good thing. While Howard always played a large role in the show, his presence in Fateful Consequences, between the narration and his appearances on-screen, is too constant. And touches like reframing Jeffrey Tambor’s story to reference his lead role on Transparent, which came out after the fourth season of Arrested, are ill-advised.

4) This show is a weird time capsule

Elements of the original show (and the revival) don’t age great.

Consider that a huge plot point in the original series was some “light treason” that found the Bluths building houses in Iraq. Season 4 features jokes about pop culture sensations like To Catch a Predator, as well as a storyline which revolves around the collapse of the housing crisis.

And then there’s the upcoming fifth season, which not only is tied directly to the ascendancy of President Donald Trump—something which makes perfect sense, when you go back and see how much of season 4 was devoted to the Bluth’s plan to build a border wall—but which was largely influenced by Netflix’s own Making a Murderer and the overall spike in popularity of true-crime shows.

5) The problems of season 4 are still there

Fateful Consequences smooths out a lot of season 4’s rough edges, but it can’t reclaim the show’s legacy. Just as Hurwitz used digital technology to create a new kind of sitcom in the 2000s, one with shorter scenes and layers of jokes, he used the new freedom afforded to him by streaming to create an ambitious yet flawed reboot in the 2010s. The remix tries to merge these impulses, and although it makes a valiant effort, the final result is a conflicted one.

Editing the storylines together into new episodes does make for a smoother watch, but there’s no way to fix the fact that the ensemble simply doesn’t get enough scenes together. There’s also no way to erase the crummy green screen, dubbing, and body doubles. The remix clarifies the chronology, but the story is still overstuffed and muddled. It’s funny to hear George Sr. actually say at one point, “I’m not completely following the wall story.”

Speaking of George Sr., it’s undeniable that the biggest threat to the show’s legacy has become Tambor himself. Vulture’s Matt Zoller Seitz recently argued that his presence has made the whole thing almost unwatchable in this day and age.

To cap it all off, in the wake of the cast’s recent interview with the New York Times, which goes into great detail discussing the verbal abuse Walter suffered from Tambor on-set, the show looks that much worse. Forget about the occasional ill-timed sexual harassment joke which pops up in Fateful Consequences, there’s a whole subplot involving George Sr. and Oscar basically swapping Lucille. I cringed through all these moments. Tambor also has so much more screen time in season 4 than Walter, a fault more apparent in the original cut of the season.

I still managed to enjoy Arrested Development: Fateful Consequences, but as the show keeps trying to return to its former glory days, the reality that those days are behind us eventually becomes undeniable.