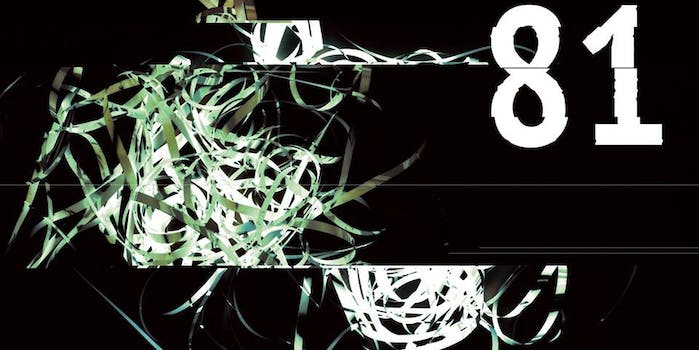 ‘Archive 81’ and the rise of ‘soft-horror’ podcasting

Podcasts are getting scarier—and we love it.

Podcasts that draw inspiration from the soft horror of ’90s television are swarming earbuds with creeping dread—and we love it.

Shows like The X Files and Twin Peaks helped to popularize the unsettling—where teases toward the paranormal, across lengthy story arcs, proved just as popular as outright horror. Flash-forward to today and we’re becoming overwhelmed with great podcasts drawing on this genre. Shows like Limetown and The Black Tapes have helped carve a new niche in the podcast market since their releases last year, and well-produced, spine-tingling stories have emerged as among our favorites.

Take a look at the iTunes charts lately—pods such as Lore, Myths and Legends, and The NoSleep Podcast are surging. And horror podcasting wherein mysteries are presented as deadpan, real-life accounts continue to shake us to the bone 78 years after Orson Welles’s War of the Worlds radio broadcast.

Archive 81, from Marc Sollinger and Daniel Powell, is the latest contender in an increasingly competitive field.  While nearing the end of a short-but-sweet first season, the popularity of Archive 81 is growing.

The found-footage podcast follows the arrival of Dan (Powell), an archivist starting a new job reviewing and cataloging recordings made by the Housing Historical Committee of New York State. Dan’s ominous boss urges him to record every waking moment of his time while listening to unnerving, taped interviews carried out by Melody Pendras (voiced Amelia Kidd) with the occupants of an apartment block.

The use of analog media in this genre of podcasting serves as an homage to classic horror. Archive 81 isn’t the exception; The Black Tapes and Within the Wires—the latest offering from Night Vale Presents—all heavily rely on lost tapes to tell their stories. It’s romanticizing the past, sure, but there is something inherently spookier to the trope. Plus it’s charming to see a platform that runs on the proliferation of smartphones revisit these relics.

By the end of episode one we learn that Mark—the archivist’s friend—is sharing these recordings after Dan went missing several months ago, in the hopes of tracking him down. Basically we’re listening to a guy who went missing, who is listening to recordings of Melody in 1994, who at some points herself ends up listening to tapes made by residents of the apartments.

It all gets a little Inception-esque, and if you space out during podcasts you’re likely to get tripped by the rabbit holes.

While Melody’s taped interviews form the meatiest pieces of the podcast, it’s Powell’s portrayal as Dan that’s Archive 81‘s truest delight. He’s a likable, relatable character, and as a performer Powell avoids the too-common pitfall of sounding insincere when talking out loud to himself.

Fantastic writing, alongside a talented supporting cast, mean that Archive 81 is more than just a good idea—it’s one that sticks the landing because of its perfectionist curating. The creators of the show are also raising money on Patreon to help fund a second season, as well as other projects from their production company Dead Signals.