A new use for the anonymous Internet.

Aphex Twin, an Irish electronic musician with a knack for being lightyears ahead of the curve, just announced a brand new album on the Deep Web by launching a Tor hidden service.

SYRO, Aphex Twin’s first album in 13 years, was announced in a tweet that sent fans to an onion address—http://syro2eznzea2xbpi.onion/—that revealed the album’s title and tracklist. 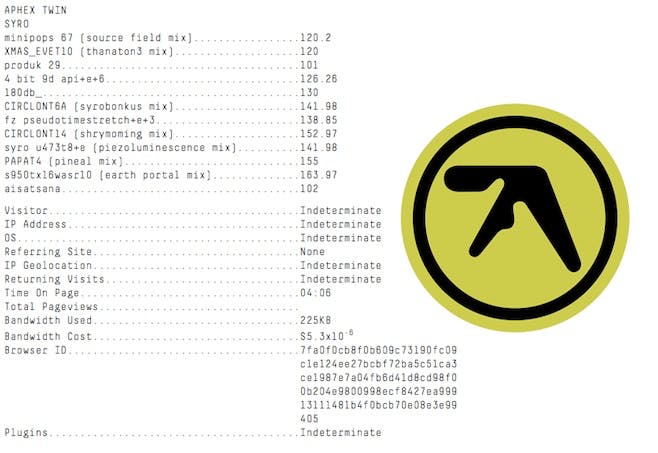 If you visit the website without using Tor—which you can see at http://syro2eznzea2xbpi.com/—you will be presented with no album name or tracklist. Instead, you’ll see a scary but easy-to-obtain amount of information about you, including your location.

The Twitter/Tor-based announcement comes on the heels of reports of an Aphex Twin-branded blimp flying over Manhattan last weekend, plus sightings of the band’s logo elsewhere in the city.