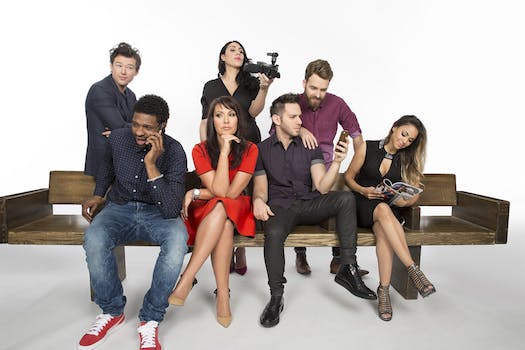 AOL's new series will debut on Roku on March 24, a week before its AOL launch.

If one program can tip the scales for a streaming network, AOL believes it has found its ringer in its new series, Connected.

Connected is a reality show with a slight twist where the characters are the camera operators, capturing their daily lives and challenges. Compared to others in the genre, the 20-episode series amounts to a more nuanced and observed look at common issues that cut across racial, social, political, and economic boundaries. Based on a popular Israeli show, Mehubarim (loosely translated as “connected”), the concept has been licensed to programmers around the world, with AOL securing the U.S. rights. Award-winning filmmaker Morgan Spurlock serves as executive producer.

The show is set to air as part of the AOL Originals slate on March 31, but Roku viewers will be offered a sneak peek of the pilot starting March 24.

The handful of episodes that were offered for review are formatted much like your standard reality fare, but the action and dialogue from these six New Yorkers under the microscope is much more engaging and authentic than what you will find on Bravo, TLC, and other networks. To avoid any spoilers, the common thread that ties Susan Sarandon and her beau Jonathan Bricklin with interior designer Nina Ferrer-Mannino is tension. Whether it’s money, attempts to get pregnant, or dealing with the loss of a child, the anxiety—disguised as equal parts humor and fear—is palpable.

It will take a few episodes to grok the mini personal dramas and distinguish one from the other, but you will leave each episode wanting to know what happens next. Unlink Netflix and other streaming networks, AOL does not subscribe to the binge-watching concept, and it plans to release four of the 20 episodes every two weeks.

Dermot McCormack, head of AOL Video, brings a solid TV background to the longstanding online company, and he calls on that broadcast experience to direct AOL’s original content program. Much like networks that use a popular program to anchor an entire evening’s lineup, AOL believes Connected will provide that foundation.

“It really takes a breakout show,” McCormack told the Daily Dot of AOL’s plans to turbocharge its video strategy. “I think that Connected could be that show because it brings attention and audience recognition.”

“People will say, ‘AOL made that show,’ the same way House of Cards and Orange Is the New Black worked for Netflix and Transparent worked for Amazon,” he added.

McCormack acknowledged that reality programs rarely stray from a simple formula that is more tabloid that storytelling. In the case of Connected, his direction was to think about the world of discarded selfies and focus on that path.

“One of the directions we gave,” McCormack said, “is ‘when you feel like you want to turn the camera off, leave it on.’ We think about the selfie world we live in, and we only see the good side. No one takes a picture when their hair is a mess, and they’re tired. This is the other side of the selfie revolution.”