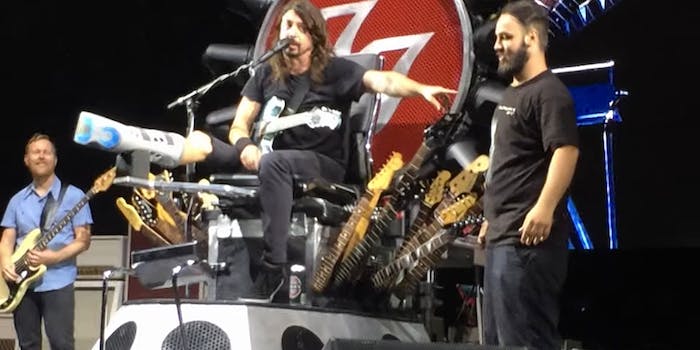 He got to rock with the best of them.

A Foo Fighters fan got the birthday present of a lifetime straight from the band’s frontman himself.

Anthony Bifolchi attended the Foo Fighters’ show in Toronto Friday night where he held a sign that read “It’s my birthday, can I play drums?” At some point during the concert Dave Grohl took notice and called him up onstage from his new throne.

“If you suck on the drums, I will personally tar and feather your ass backstage,” Grohl told Bifolchi. “Get up there right now!”

Although he didn’t get to play his dream song, he did take over the drums for “Big Me” in a performance even Grohl had to admit was good.

Rock on—until Grohl yells at you to get off his stage.