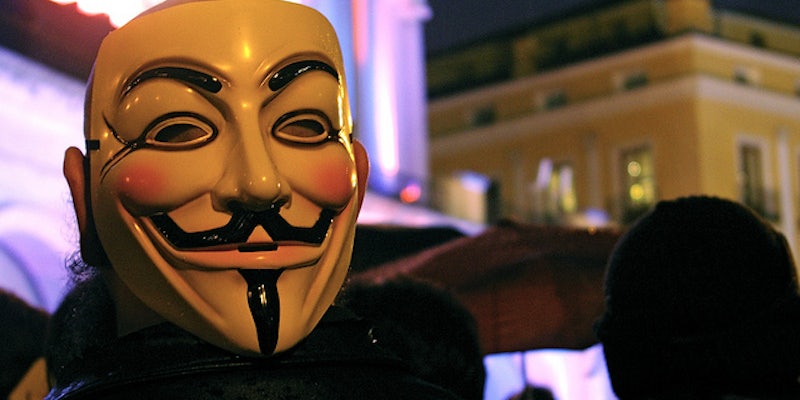 Tired of inane tweets, members of an activist hacker collective have created a tool for inserting their own point of view into popular chatter on Twitter.

Three days ago, a faction of Anonymous released a “Twitter hijacking tool” meant to inject the activist-hacker collective’s viewpoint into popular topics featured on the social networking site’s homepage.

Called URGE, the application has yet to “hijack” or “disrupt” a trending topic to date. But it has raised interesting questions about the meaning of Twitter’s topics, which are meant to give insight into what people are talking about in real time.

Should we tweet about last night’s “Jersey Shore”? Or should we talk about oppressive governments instead? That’s the kind of debate URGE’s creators hope to provoke on Twitter.

In a private IRC chat with the Daily Dot, MotorMouth identified himself as both a co-designer of URGE and an organizer of recent protests against the Bay Area Rapid Transit agency in San Francisco.

MotorMouth compared the Twitter application to “a  mix of TweetDeck mixed with TweetChat.”

TweetDeck is currently the most popular Twitter desktop application. It allows users to send and receive messages from multiple accounts, and keep track of their own Twitter stream and popular topics or search results in one window. TweetChat allows Twitter users to focus only on the conversation happening around a specific hashtag—the service’s term for a keyword preceded with a “#,” or hash mark.

The URGE interface is very basic compared to TweetDeck’s sleek design. But all three applications do make it easier to track hashtags, one of the more confusing aspects of Twitter.

To “hijack” a Twitter trend, the application lets you select a topic, then insert your own message.

That action is not that dissimilar from what spammers and self-promoters currently do on Twitter, using the popularity of a hashtag to send their own message. It has backfired, though, on people like fashion designer Kenneth Cole.

MotorMouth reiterated an earlier statement from another Anonymous member, AnonGries, that the application is completely safe, and does not violate Twitter’s terms of service.

“I do not partake in anything illegal,” MotorMouth wrote. “We use Twitter constantly, we wouldn’t want to be banned. We respect Twitter.”

“I’m not a hacker at all,” said MotorMouth, distinguishing himself from other, more questionable actions taken under the Anonymous banner.

The Anonymous movement, which has split before in the past, appears to be splitting again—this time into upper and lowercase Anonymous.  “Lowercase anonymous” undertakes hacking as a means to its ends, and “capital-A Anonymous” or “uppercase Anonymous,” has forsworn hacking in favor of peaceful protest.

MotorMouth chooses to protest as capital-A Anonymous because “anyone can be Anonymous” and the capital A’s “want to show people that Anonymous isn’t bad, or terrorists, or a threat to national security. We are trying to…do some good work, and defend our rights the correct way.”

So far, use of the URGE application seems in line with Twitter’s policy on spamming; users of URGE only appear to tweet a maximum of seven messages at a time.

As of Monday, URGE has been downloaded 5,000 times. So far, that doesn’t seem to be enough to sway Twitter’s homepage and bring attention to Anonymous’s cause.