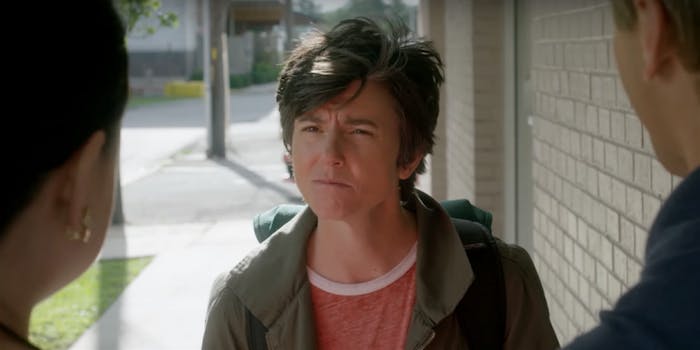 Amazon is trying to finds its audience.

Amazon has gone on a canceling spree. Unfortunately, it’s hacked a few of its genre-defining comedies.

One Mississippi, I Love Dick, and Jean-Claude Van Johnson have all been canceled, and according to a source it’s part of Amazon’s “move towards bigger, wider-audience series.”

Tig Notaro’s semi-autobiographical One Mississippi weathered two seasons and in its second addressed workplace harassment. Notaro was also vocal about the show’s executive producer, Louis C.K., and his history of harassment. Considering Amazon Studios had its own issues with workplace harassment involving former programming head Roy Price, it’s possible the company is cleaning house on another level, which is unfortunate for a show that was actually tackling important issues and had women in the writers’ room.

Transparent creator Jill Soloway’s I Love Dick picked up positive reviews but apparently not a wider audience. And Jean-Claude Van Johnson, a satirical series featuring Jean-Claude Van Damme as himself, probably seemed like a good idea in theory but didn’t have the reach.

This follows up Netflix’s cancelation of Maria Bamford’s Lady Dynamite, and the November cancelation of Hulu’s Difficult People. One Mississippi, Lady Dynamite, and Difficult People were all shaped by women, so it’s a shame we’re losing those voices as streamers aim for more mainstream series—ones that are perhaps more likely to pick up big awards.