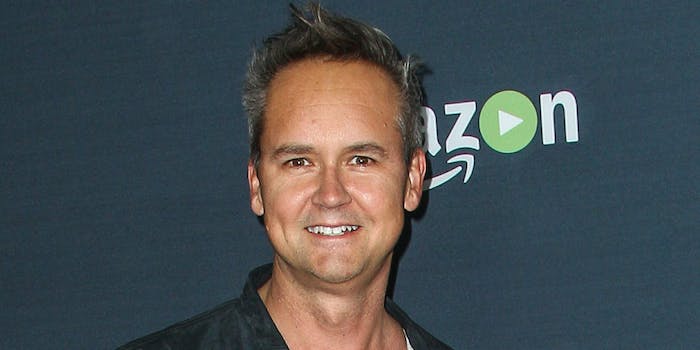 'As somebody with some power, I feel it is imperative for me to speak out.'

Amazon has suspended Roy Price, the head of Amazon Studios, after a female producer went public with allegations that he sexually harassed her.

Isa Hackett, who is a producer on The Man in the High Castle and the upcoming Philip K. Dick’s Electric Dreams anthology, as well as Philip K. Dick’s daughter, talked to the Hollywood Reporter on Thursday discussing the allegations for the first time. She was promoting The Man in the High Castle at San Diego Comic-Con in 2015 when she met Price. He invited her to an Amazon staff party and on the way there he attempted multiple times to proposition her despite her making it clear she had no interest. According to Hackett, Price told her that “you will love my dick” and at one point during the party said “anal sex” into her ear.

She immediately reported the incident to Amazon, and although Price wasn’t removed, he was no longer a presence at any of her events. Two years later, she decided to come forward because she felt that it was important for her to speak out about it, saying she was inspired by all of the women who recently went public with their allegations against Harvey Weinstein. And she’s calling for “new and diverse leadership” to help change the tide in Hollywood.

“It’s difficult [to call out Price] because of the fact that I have two shows and I love those shows and I value my experience at Amazon,” Hackett told the Hollywood Reporter’s Kim Masters. “But this incident has been looming and it’s difficult to shake it. I didn’t want the details to come out previously because I didn’t want to distract or deflate the energies of all the people who are so invested in these shows, and all of that positivity. You don’t want to bring this into it. It feels demoralizing.”

Hours after Hackett’s interview with the Hollywood Reporter, Amazon announced that Price had been placed on unpaid leave. In his absence, it named Amazon Studios COO Albert Cheng as interim head of Amazon Studios.

“Roy Price is on leave of absence effective immediately,” an Amazon spokesperson told Variety Thursday. “We are reviewing our options for our projects we have with the Weinstein Company.”

Update 4:48pm CT, Oct. 17: Deadline reports that Price has resigned amid the allegations.