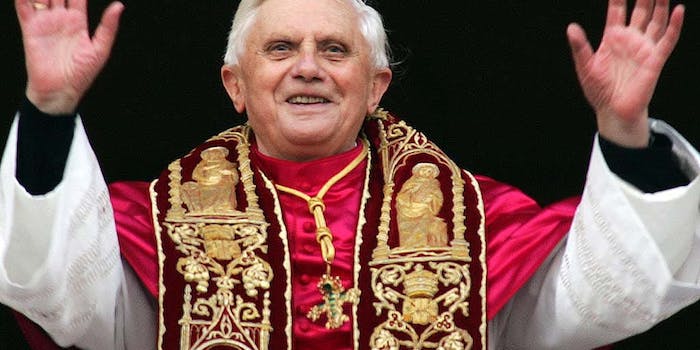 To most people Alec Baldwin is known as a die hard Yankees fan and a smooth talking business man. But what many people don’t know is that Baldwin is a Catholic who isn’t afraid to share it.

To most people Alec Baldwin is known as a die hard Yankees fan and a smooth talking business man.

But what many people don’t know is that Baldwin is a Catholic who isn’t afraid to share it.

Whether the question was rhetorical or not, it received some real attention on Reddit and even more on Twitter, with more than 100 people retweeting or answering him. Some people, like Linda Tarolli, from Michigan, found solace in Baldwin’s tweet and his proclamation of faith.

“It’s always good to hear of someone else who believes in God like me,” tweeted Tarolli. “You just have to get the doubt of out the way.“

Other people, like Heather Hughes-Adams, a student in British Columbia, did not appreciate his question.

“The better question is why believe in a fairy tale?” tweeted Hughes-Adams almost right after seeing Baldwin’s tweet. “I thought you were smart!”

“Heather wants to burn me at the stake,” Baldwin tweeted. “Put down those matches, Heather.”

Thursday came and Baldwin moved on from his religious inquiry. Hughes-Adams, on the other hand, was not finished questioning why the actor felt it was necessary to flaunt his spirituality.

“Religion is something that people take personally,” said Hughes-Adams in an interview with The Daily Dot. “If they are Christian or Atheist, they believe they are right, and that others should believe them as well. If they do not, they are branded ignorant.”

All it took was less than 140 characters to create an instant, ephemeral community between celebrity and common folk. Twitter was the wood but religion was the age old spark that got the fire started.