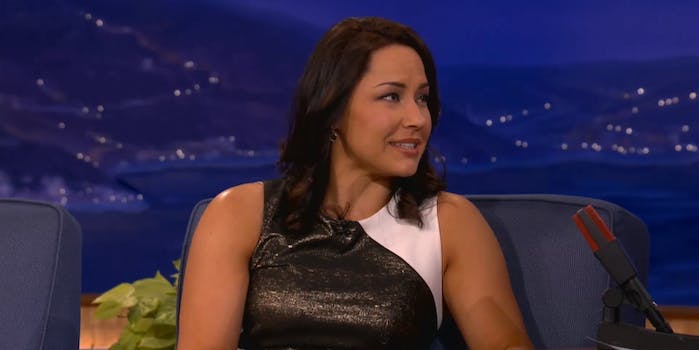 This paralympian deserves a medal for trolling ‘Conan’

Paralympian Alana Nichols is getting the last laugh over Conan O’Brien.

The three-time Paralympics gold medalist visited the late-night talk show host Tuesday to talk about Sochi, where she will complete in just a few weeks. But before she left, she wanted to show him one of her best highlight reels.

She teased it as a clip of her “competing at the World Cup level,” but once it starts playing, it’s obvious that it’s anything but.

The clip is from the 1988 film Mac and Me, and it’s become known in recent years after actor Paul Rudd showed it with every single Conan appearance he’s made instead of a preview of whatever he’s promoting. It’s called Ruddrolling, and as a fan, Nichols couldn’t resist the temptation of getting the one-up on O’Brien.

Rudd would be proud.