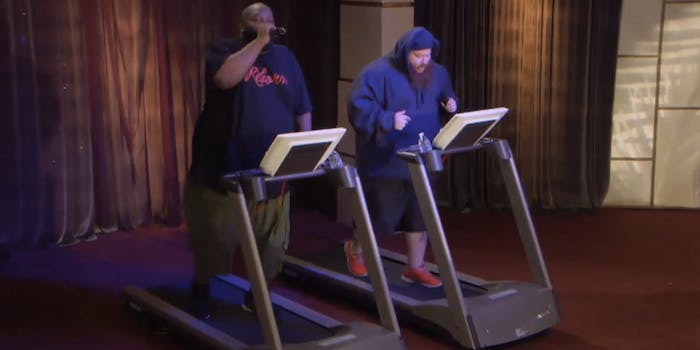 Musical battles on late-night television are a popular trend—Jimmy Fallon‘s Lip Sync Battles just got a spinoff series. So it’s no surprise that Adult Swim’s late-night spoof The Eric André Show included its own version.

Of course, they added their own twist, inserting two treadmills and two of rap’s heavyweights, Action Bronson and Killer Mike.

André throws to the battle as the episode’s closer, with the two men huffing and grunting as they jog, not even able to get a line in. When a PA brings them a plate of food, they slap it from his hands.