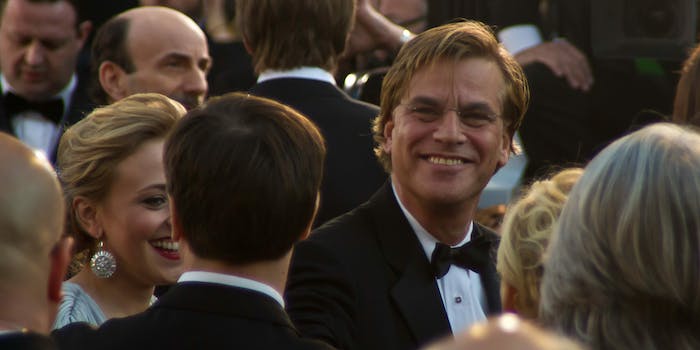 'You’re saying that if you are a woman or a person of color, you have to hit it out of the park in order to get another chance?'

Aaron Sorkin, who is often reluctant to share writing credit, is apparently shocked to learn about the lack of diversity in writers’ rooms, which has long been a major issue in Hollywood.

Sorkin attended the Writers Guild Festival on Saturday, where he was asked about Hollywood’s lack of diversity—which still persists in most areas of filmmaking. But he appeared to be unaware that there was even an issue in the first place.

“Are you saying that women and minorities have a more difficult time getting their stuff read than white men and you’re also saying that [white men] get to make mediocre movies and can continue on?” he asked, according to Variety.

Now catching up with many others who have been long aware of the problem, Sorkin kept circling back to the lack of diversity, even as the audience asked him other unrelated questions. He listed the success of women and minority writers such as Lena Dunham, Ava DuVernay, and Jordan Peele, who were later able to produce, but he hadn’t grasped the concept of how successful they have to be in Hollywood’s eyes to be given the kind of opportunity he’s had.

“You’re saying that if you are a woman or a person of color, you have to hit it out of the park in order to get another chance?” he said.

While he was initially asked about the lack of diversity in writers’ rooms, it’s an issue among film screenwriters, too. The screenwriting Oscar categories have been overwhelmingly white and male, and by 2015, only 18 women were nominated for screenwriting Oscars (with two winners). It took until 2010 for a black writer to win a screenwriting Oscar—Geoffrey Fletcher for Precious: Based on the Novel Push by Sapphire. (Since then, John Ridley won for 12 Years a Slave and Barry Jenkins and Tarell Alvin McCraney won for Moonlight.)

Although many will likely find it baffling that Sorkin’s gone this long without noticing the issue, he appears to want to help.

“What can I do [to help]?” Sorkin asked. “I do want to understand what someone like me can do…but my thing has always been: ‘If you write it, they will come.’”

Wait until he finds out how bad it is everywhere else.