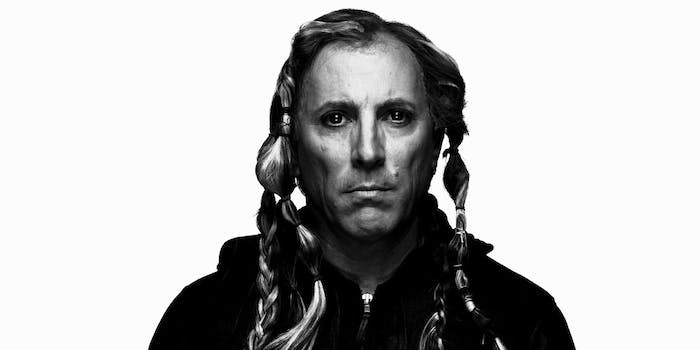 A Perfect Circle has a new album out, and singer Maynard James Keenan is disillusioned (with Yelp reviews).

In an interview with New Zealand outlet Stuff, Keenan, who’s also the singer for Tool and Puscifer, elaborated on the album’s single “Disillusioned.” The video is obviously a critique of online discourse, depicting the masses entranced by their phones. But Keenan has a more specific offender in mind: Yelp. More specifically, people who leave bad Yelp reviews of his Arizona winery:

That thing is fucking poison! Sites like Yelp have fostered this generation of novice experts who have the power to open their mouths but haven’t actually put the work into knowing what they’re talking about. I’ve had bad Yelp reviews of my tasting room, but it had nothing to do with the wine. The reviews were bad merely because I wasn’t there! That’s like giving my record a bad review because I wasn’t in the record store when they bought it! I can only say to those people: shut the fuck up!

Keenan could just being trolling the interviewer; a scroll through the Yelp page for Caduceus Cellars shows pretty positive reviews, and obsessive fans of his bands likely trek there to catch a glimpse of him. However one review does call the service “Unfriendly and stiff. Lighten up a little, buddy! You sell wine for a living.”

In a 2016 interview, Keenan also expressed disdain for online entitlement and opinion-sharing, calling it the “darkest version of Yelp.” Could be a great name for a red wine.