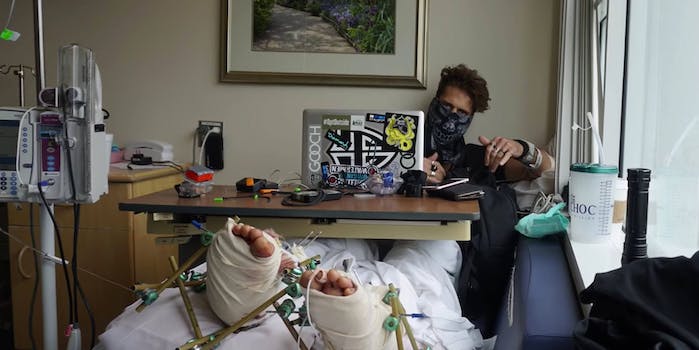 He'll be in the hospital for weeks.

YouTuber Anthony Booth Armer, better known as 8Booth, rang in the new year with a different kind of drop—one that’s already cost him two feet, tens of thousands of dollars, and the respect of a few internet critics.

Armer, a 28-year-old daredevil known for filming death-defying stunts, is catching heat for setting up a GoFundMe page after his latest shenanigans sent him to the hospital.

While attempting to jump into a Laguna-area hotel pool in California as part of his “Pool Drop” video series, Armer landed feet-first on the concrete lip before rebounding into the pool, shattering his feet. Both feet are in casts, and he’s expecting to need two more surgeries in addition to his four-week-long hospital stay, CBS Los Angeles reported.

“It’s super painful,” Armer told CBSLA. “They took the wrapper off yesterday I was in shock almost.”

The footage below contains some graphic images.

Armer’s other videos show that he’s come close to injury before. A pool drop video uploaded a day before the one above shows him clearing the pool’s edge by mere feet.

To help with the cost of his medical expenses, Armer has set up a GoFundMe page with a goal of raising $122,200 for his recovery. In the first day of Armer’s campaign, more than 50 people have donated a total of $1,300.

“Just seeking a little support to keep doing what I’m doing or else I’ll be working the rest of my life to pay this off. Asking a small favor from you,” he wrote on the page. “A donation of any kind would be phenomenal. It means the world to me.”

While GoFundMe pages are often used to raise money for people in need of medical treatments, critics and donors alike have rebuked the stuntman for asking for charity to cover costs of injuries he sustained from his own risk taking. 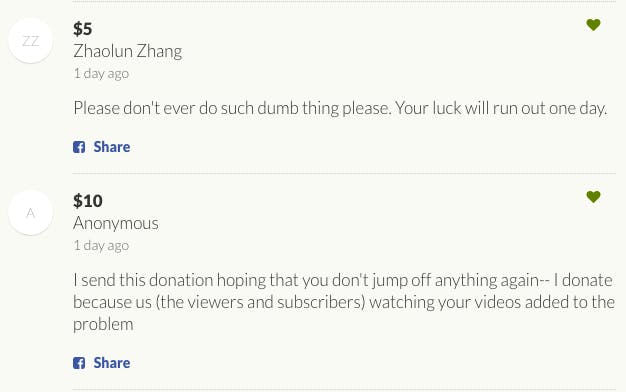 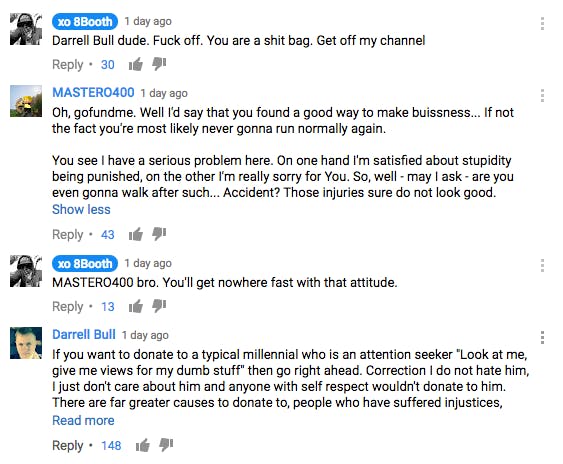 “What am I going to say to haters? I’m so sick of people hating me for doing what I love and going at it full force,” he said.

While the hate may not stop him from living his life on the edge, hopefully this moment of clarity will prevent him from hitting it once again.