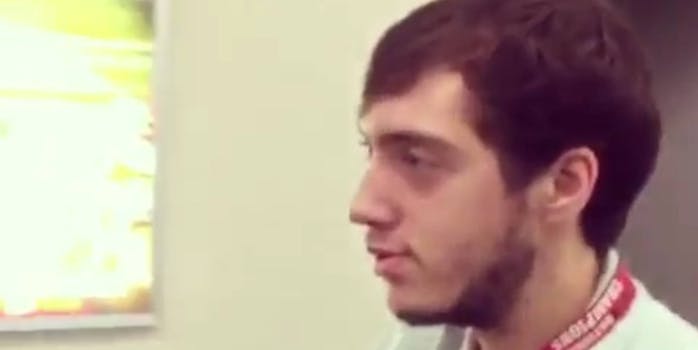 A video posted by 50 Cent showing him taunt a young man who may suffer from mental illness could land him in court. The artist posted a video of himself making fun of an airport janitor who he assumed was under the influence of drugs.

“The new generation is fucking crazy,” the rapper said in the video.

The video shows the 40-year-old rapper (real name Curtis Jackson), mocking the worker who has been identified as Andrew Farrell at the at the Cincinnati/Northern Kentucky International Airport. 50 Cent asks Farrell what drugs he took before work and tells his audience the guy is high.

Once word got out that the guy in the video suffered from “extreme social difficulties,” 50’s followers called the rapper a bully. Farrell commented back to supporters on his Instagram thanking them. He also said he’s exploring legal action. 50’s camp has yet to release a statement or apology.