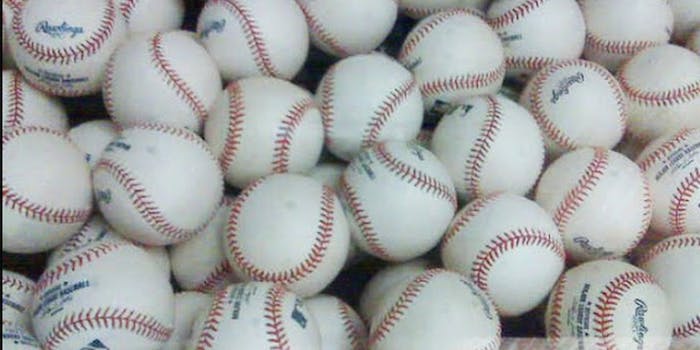 If you are a baseball fan, Google+ is hitting a stand-up triple with its behind-the-scenes access of this year’s Major League Baseball season. Many players and teams are using the fledgling social network to host “Hangouts,” post candid photos, and interact with fans.

Sure, Google+ rivals a typical attendance by Cleveland Indians game—judging by this picture from Wednesday night—but there are some cool things happening on it. (And you don’t have to wait in line for a hot dog.)

We compiled four cool MLB-related things to circle, +1, and follow this week.

The former MLB Rookie of the Month winner and active Google+ user is hosting his weekly “Week with Weeks!” Hangout session on Thursday, and he wants to hear from you. To participate, just ask a question in the thread. There are only 20 questions currently, so if you don’t ask something stupid like “What team do you play for,” he’ll probably answer it. Also, check-out his gallery from the team’s recent trip to Japan.

He can catch and apparently the Rockies outfielder can take decent pictures without the help of Instagram. As he travels field-to-field, Cuddyer snaps professional-grade photos of his surroundings and posts them to his 239,000-strong profile page. Baseball stadiums aren’t the only thing he shoots, as his personal scrapbook includes photos of beaches, bridges, and horses. See, baseball players do have a soft side.

Out of all professional leagues, the MLB has done the best job using Google+. All 30 teams have official team pages that provide regular updates and encourage fans to interact with the teams. Many of the teams’ Facebook fan pages trounce their Google+ pages in terms of followers, but Facebook’s Timeline format makes it hard to follow team news, thus giving Google+ a leg up.

MLB’s big push into social media this year is paying off. The league’s official page leads by far in terms of followers on Google+, with 534,000 followers. The NBA is second with 393,000 followers and we couldn’t even find the NFL or NHL pages. The league is also posting daily updates, not shying away from controversial issues (it opened up a thread for fans to talk about Ozzie Guillen’s suspension) and is trying to make memes—albeit striking out in the process.