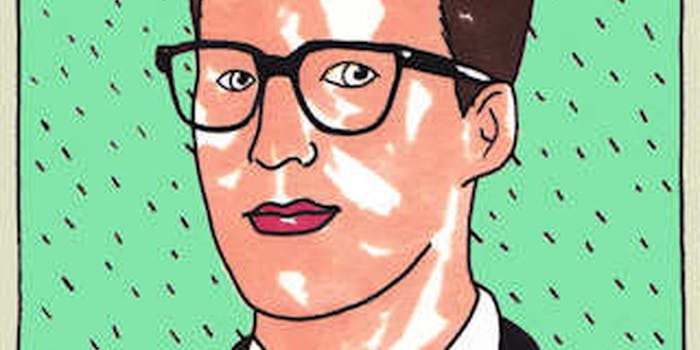 To put that milestone in perspective, consider this: Each installment is produced with analog equipment, boasts a charming illustration, and features personal liner notes from site cofounder Sean Moeller. That’s the equivalent of releasing 4,000 EPs.

Founded in Rock Island, Ill. in 2006, Daytrotter has turned into a global enterprise, with satellite studios in London, Montreal, and Austin, Tex., recording exclusive sessions by the best new bands in indie rock—all of which are made available exclusively on the company’s website.

“Still the most important thing is for people to trust us—to be able to surprise people. That’s how you’re going to have longevity,” Moeller told the Daily Dot earlier this year.

“Things come and go on the Internet. But if you can have people actually believing that Daytrotter is where you can go to hear new things that you’re going to like, that’s the most important thing to me and to the band’s that we feature on the site.”

To commemorate the occasion, the Daily Dot compiled 10 essential Daytrotter sessions, all of which are available for free download with a week-long trial subscription.

A resilient tribute to Woody Guthrie based on the folk pioneer’s unpublished lyrics, New Multitudes’ self-titled debut is the most underrated album of the year. And this session proves why, with one track from each contributor: Son Volt’s Jay Farrar, Centro-matic/South San Gabriel leader Will Johnson, Varnaline’s Anders Parker, and My Morning Jacket shaman Yim Yames.

“Give Out,” the devastating second track on Van Etten’s new album, Tramp, is the epitome of terrible beauty. This early version is simply stunning in its bare intimacy and adds tremendous depth to an already stellar session.

Before he christened himself Father John Misty, J. Tillman tackled the sacred, profane, and sexual in equal measure with a series of stark solo albums. This riveting session captures the bare absolute best of Vacilando Territory Blues.

The most underrated act to come from Austin in the last decade, Brazos’s 2009 debut, Phosphorescent Blues, offered colorful indie pop, centered on Martin Crane’s winding narratives. This is a proper introduction.

“I wish that every time he touched me left a mark,” Erika M. Anderson repeats in “Marked.” You can tell that she means it and knows exactly how it feels.

One of the few break-out bands I caught this year at South By Southwest, Nick Waterhouse is yet another R&B revivalist, but his sound is dirtier and funkier, with more New Orleans swamp than Chicago speakeasy.

In contrast to West Texas landscapes rendered in this Austin instrumental outfit’s debut Daytrotter session, Balmorhea goes on the attack here, scoring both sides of its visceral 7-inch, “Candor” b/w “Clamor,” along with an untitled composition.

Love is a four-letter word for Stuart McLamb. The Love Language leader croons golden oldies heartbreak but with a mindset and fidelity better suited for a ghetto blaster—a vibe that definitely comes through on this rough session.

“You’re listening to Daytrotter,” Clark states by way of introduction, “and I’m about to throw down.” Indeed. The Texas guitarist opens with a blistering, seven-minute take on his break-out single, “Bright Lights,” that sounds like it was cut at the Fillmore in 1967.

Illustration of Nick Waterhouse via Daytrotter