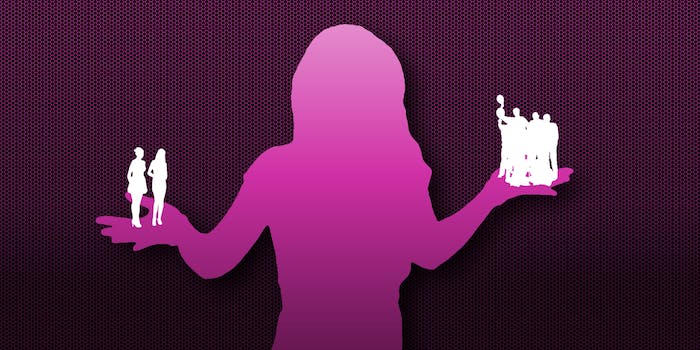 Remember back in elementary school when everyone got a Valentine, or no one did? What's the social media equivalent?

How gross is it to talk about plans for an event that MOST people on your social media site aren’t invited to? Is it less gross on Twitter and super gross on Facebook?

The first one needs to be close to 1:1. Everyone who follows you who might reasonably expect to be invited to your wedding/bat mitzvah/birthday/christening/bris/but realistically wedding (it’s June, I know what you’re on about) is actually invited. If you are keeping it very small or excluding a particular chunk of friends or family who might feel entitled to an invitation, why make things awkward? Set up restricted friends groups on Facebook to talk about it if you must. 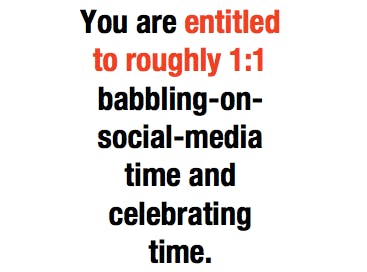 The second one shouldn’t be too far from 1:1 either. A really long lead time is obnoxious —if you’re tweeting constantly for six months about prep for a four-hour event, your friends and acquaintances are likely to get pretty peeved even if they are invited. (In fact, invitees might get MORE irritated—so many spoilers!) I’d say you are entitled to roughly 1:1 babbling-on-social-media time and celebrating time—four hours right before, or right after, or four hours spread out over the previous year, whatever—but if you can make it less, bless you. People who can limit themselves to a “What a great wedding!” follow-up tweet and a Facebook album have my respect.

As for the last, updates about the event should be swamped, proportionally, by updates about what you’re reading, what you ate for breakfast, your clever joke about the NSA— anything except what kind of flowers you’re considering.