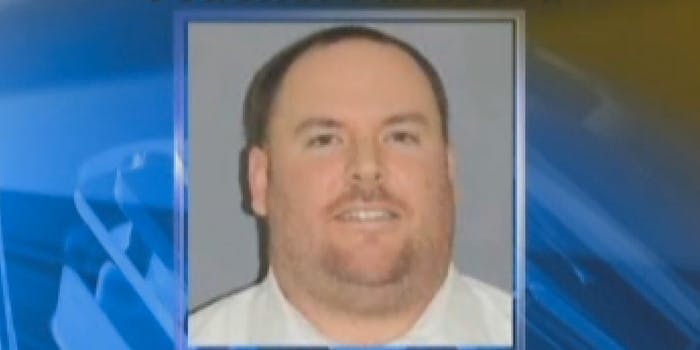 High school teacher Zachary Reeder was arrested Saturday after posing as a woman on Facebook and asking young male students to send him sexually explicit photos.

An Orange County high school teacher was arrested Saturday after allegedly posing as a woman on Facebook and asking young male students to send him sexually explicit photos.

Police arrested Zachary Reeder, 30, on suspicion of lewd conduct with a child, child annoyance, and possession and distribution of child pornography. He created a fake profile on the social networking site by posing as an attractive blonde and asked boys as young as 14 to send him sexually graphic pictures.

The teacher didn’t have any in-person contact with the boys, the Orange County Register reports. Still, Servite has fired Reeder, saying in a statement Sunday that the students’ “safety and well-being” are its highest priority.

Reeder was a social-science teacher at Servite High School, an all-boys Catholic college preparatory in Anaheim. He was also the school’s director of basketball operations. Previously, he taught at several southern California high schools, which are also launching investigations.

Last year, he was a walk-on coach for the boys’ baseball team at Beckman High School. He had to pass a background check to obtain the position. Administrations are questioning former athletes under Reeder’s guidance to see if they were contacted by him on Facebook.

Reeder, who is married with a daughter, doesn’t appear to have a criminal record. The Register reported that there were no previous records where Reeder acted as the defendant.

Bail has not yet been set and he is still in custody at a jail in Orange County. Reeder is slated for a bail hearing Monday.